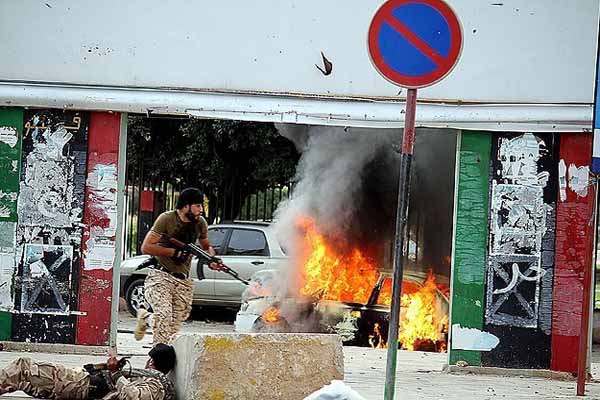 TRIPOLI The militant infighting in Libya which began in mid-July has left 214 dead and 981 injured until two days ago, the Libyan Health Ministry announced on Friday. One-hundred and two people have been killed and 452 injured in capital Tripoli, while 77 were killed and 289 injured in eastern Benghazi. Thirty-five people have also been killed and 240 injured in Marj city, 90 kilometers east of Benghazi. In the past few months, Libya has been plagued by heavy fighting between a loosely organized army and militias that clung to their weapons following a bloody uprising that ended the autocracy of long-serving ruler Muammar Gaddafi in 2011. The Libyan capital Tripoli has been the scene of fierce clashes between warring militias over control of several vital facilities in the city. The country's second largest city Benghazi has also turned into a battlefield between army units loyal to renegade general Khalifa Haftar and Islamist Ansar Al-Sharia militia.