Without local newspapers London could suffer from a democratic deficit 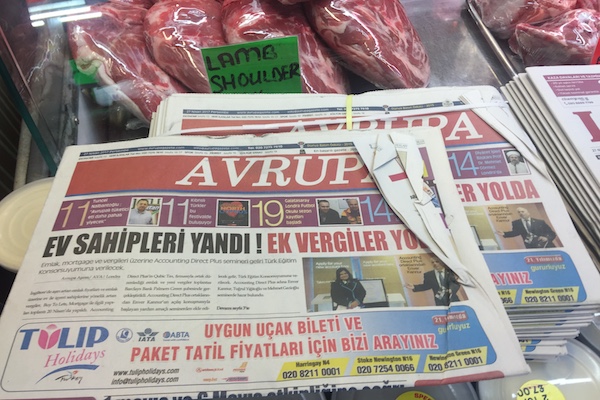 AVRUPA TIMES/LONDON-Stop press! Local newspapers an endangered species.Without local newspapers, London could suffer from a democratic deficit. Local press plays an important role in reporting local events, scrutinising public bodies and holding them to account.This key role, alongside investigative journalism is now at risk as many have stopped printing due to falling circulation numbers, job cuts and the rise of digital media.When comparing the circulation figures of five of London’s paid-for newspapers in 2005 with 2016, circulation fell by more than half.2 The London Assembly Economy Committee publishes its report ‘The fate of local news – read all about it’ today. The report sets out the challenges and opportunities that lie ahead for local news in London. It found that:

A democratic deficit could emerge if local newspapers continue to scale back coverage of local councils, the courts and the local implications of national Government decisions.

As local newspapers concentrate on their web presence, there is evidence of less ‘on-the-ground’ news reporting or investigative journalism.

The majority of local newspapers have seen circulation fall in recent years and faced with falling sales, newspaper owners have cut jobs and consolidated to lower costs.

The report makes a number of recommendations:

The Mayor should ensure that news outlets in London pay all staff at least the London Living Wage.

The Mayor, alongside the National Union of Journalists, should establish a digital journalism apprenticeship.

The Mayor should work with organisations to fund bursaries for journalists to tackle the lack of diversity in local news.

Transport for London (TfL) should trial offering local newspapers on specific London bus routes, to ensure that groups who are digitally and news-excluded have access to local news.

Fiona Twycross AM, author of the report, said:

“Having an active local news force is essential to ensure we are able to hold to account Government, local councils and other organisations that have huge responsibilities to Londoners.

We’ve seen a flurry of job losses and local news publications go under recently and this is a worrying trend.

Local news must be protected. As local news publications look to the future, it is essential that we don’t leave those who are digitally excluded behind.

Urgent action is needed to support local news and the Mayor of London can show real leadership in standing up for local news at this critical time.”