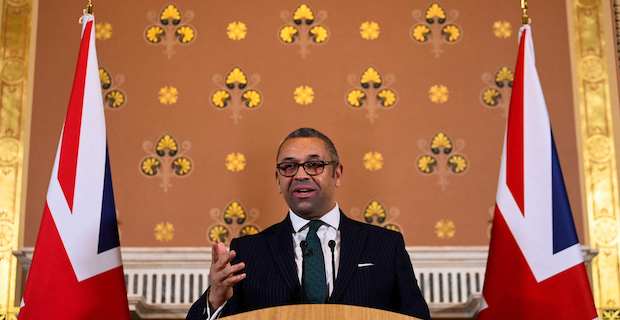 The world’s geopolitical center of gravity is moving south and east and the UK’s future influence will depend on persuading and winning over a far broader array of countries, its foreign secretary said Monday.

Giving his first big speech at the Foreign Office on Monday, he said traditional friends have stood shoulder to shoulder with the UK for many decades but the country should not depend on the "comfort blanket" of its pre-existing alliances.

"That will not be enough to sustain the international order unless its principles and institutions command the support of the world beyond Europe and North America," he underlined. "We need to make sure that we're having conversations with those countries having other philosophies."

"We are living in a momentous period of history when the pace of change is accelerating at hurricane force. And in the coming decades, an ever greater share of the world economy – and therefore the world’s power – will be in the hands of countries in Asia, Africa and Latin America."

Cleverly also promised that Britain will demonstrate its long-term commitment to the Indo-Pacific, including by joining the Trans-Pacific Free Trade Agreement "as soon as possible."

"We will deepen our cooperation with India and finalize our trade agreement with them. We will support Indonesia and South Africa with their plans for a just energy transition, showing how the necessary investments can be mobilized at scale, and last week, the EU and the UK reached an ambitious agreement to do the same with Vietnam."

Noting that diplomacy is not about dictating or telling others what they should do, he underlined that "we want a balanced and mutually beneficial relationship based on shared interests and common principles."

"In the past, I think perhaps we have been too transactional and too impatient. Now we must have strategic endurance, a willingness to commit to relationships for decades to come," he added.

Keywords:
BrazilKenyaSouth AfricaIndonesiaUKPatient Diplomacy
Your comment has been forwarded to the administrator for approval.×
Warning! Will constitute a criminal offense, illegal, threatening, offensive, insulting and swearing, derogatory, defamatory, vulgar, pornographic, indecent, personality rights, damaging or similar nature in the nature of all kinds of financial content, legal, criminal and administrative responsibility for the content of the sender member / members are belong.
Related News