UK carbon goal out of reach with current consumption 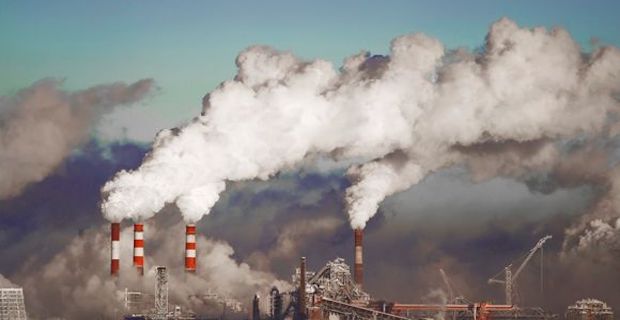 Although the U.K.'s goal of reducing carbon emissions to zero by 2050 is commendable, it is unreachable as long as human consumption continues to rise, according to an environmental scientist who until recently was a top science advisor to the British government.

"Net zero is unattainable as long as the consumption of resources continues to increase. Getting to net zero requires a massive energy transition away from fossil fuels, and there is little indication that is going to happen soon," Ian Lamont Boyd, a biologist at Scotland's University of St. Andrews, told Anadolu Agency ahead of Sept. 26, World Environmental Health Day.

Boyd, who was chief scientific adviser at the U.K.'s Environment Ministry from 2012 until this August, said he fears that neither the public nor the government fully understand the implications of the U.K.'s net zero target.

"The pollution we produce is shared, so while the U.K. can show leadership, it relies on other economies which will find it much harder to meet a net zero target," he said.

Britain is closer to the target than other countries, he said, thanks to its economy, which is based mainly on services rather than manufacturing.

However, he added that the zero carbon target cannot be looked at from the perspective of the U.K. alone.

This June, the U.K. became the first major economy in the world to pass laws to end its contribution to global warming by 2050.

The country’s 2050 net zero target, which was recommended by the Committee on Climate Change, the U.K.’s independent climate advisory body, means any emissions would be balanced by schemes to offset an equivalent amount of greenhouse gases from the atmosphere, such as planting trees or using technology like carbon capture and storage.

On the source of environmental problems and threats to human health, Boyd pointed the finger squarely at consumption.

"The threats we face are mainly from our own patterns of consumption,” he said.

“Non-communicable diseases, many of which are environmentally and behaviorally induced -- like obesity, heart disease, respiratory disease, dementia and diabetes -- are on the increase. Many of these are partially caused by lifestyle choices or pollution."

Such diseases are made worse by the destruction of the ecosystem and climate change effects, which are also exacerbated as a result of people's consumption, he said.

Boyd added that a consequence of environmental decline, on a global scale, "will likely be political instability."

"If we all continue to consume at current rates, then we will find that some essential resources will become scarce," he warned.

Asked about the environmental problems caused by modern technologies, such as e-waste, in light of his argument that such tech can help the environment, he said the drive for new technologies cannot obscure the primary need to cut consumption.

"If we allow demand to drive resource use and take no account of the real costs of resource production, then new technologies will not reduce consumption or waste.”

He warned: “All that happens is that we just produce more and more goods, and this in turn drives more and more consumption in a vicious circle."

On his contributions to British environmental policy, Boyd said he helped craft the 25-Year Environment Plan, Clean Air Strategy and Resources & Waste Strategy, as well as the Clean Growth Strategy.

Keywords:
UK Carbon GoalCarbon
Your comment has been forwarded to the administrator for approval.×
Warning! Will constitute a criminal offense, illegal, threatening, offensive, insulting and swearing, derogatory, defamatory, vulgar, pornographic, indecent, personality rights, damaging or similar nature in the nature of all kinds of financial content, legal, criminal and administrative responsibility for the content of the sender member / members are belong.
Related News