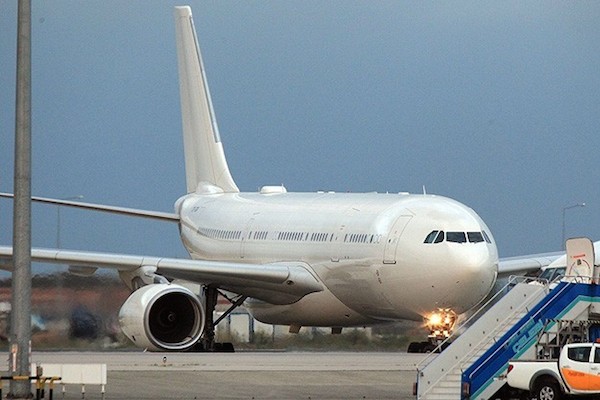 As Turkey welcomes its new president, Recep Tayyip Erdogan has also gained possession of a new high-tech plane complete with meeting rooms and a missile defense system. Just after former prime minister Erdogan was sworn into office as the twelfth president of Turkey on Thursday, the new Airbus A330-220 touched down in Istanbul on Friday. Ordered over two years ago, the plane was reconfigured by Texas-based Gore Design Completions for use as a presidential aircraft. The plane will be painted and controlled by Turkish officials and later will become ready for the president’s use. The previous official plane, a Gulfstream G550, had the capacity to fly 12,500 kilometers non-stop but lacked space to accommodate large delegations. The new plane flies at least 15,000 kilometers non-stop, has 90 seats and features meeting and resting rooms. Although there is no official word on cost of the plane, aviation expert Mehmet Genc told AA that an Airbus A330-200’s cost around $221 million in 2014 but noted that Turkish Airlines could have bought it at a lower price because of close ties with the European manufacturer.
“The reconfiguration was believed to be cost at least $100 million,” he added.
The Turkish Prime Ministry and Turkish Airlines have not commented further about the airplane. Genc said new prime minister and ministers would use older planes. The Prime Ministry’s plane fleet includes one Airbus A319, two Gulfstream 500s, two Gulfstream GIVs and two more Cessna Citation Vs, according to Genc.