The number of Syrian refugees in Turkey has reached 2,733,784, of which 282,815 refugees reside in 26 temporary refugee centers, said Deputy Prime Minister Yalcin Akdogan on Thursday. 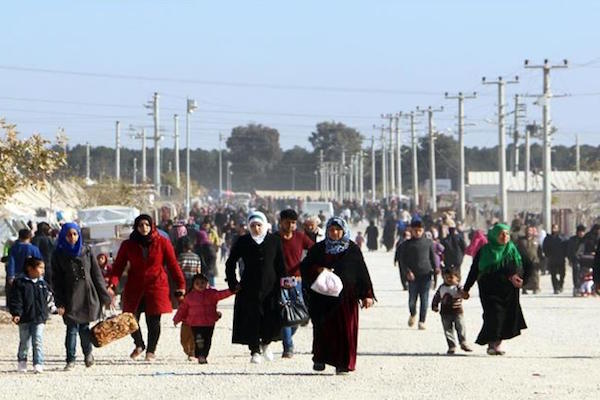 Akdogan said on his Twitter account that Turkey had shown its moral and conscientious stance by embracing Syrians.

Syria has been locked in a vicious civil war since early 2011 when the al-Assad regime cracked down on pro-democracy protests with unexpected ferocity.

Since then, more than 250,000 people have been killed and more than 10 million displaced, according to the UN.