Turkish Foreign Minister Mevlut Cavusoglu has expressed concerns over terror attacks on the Europe-based Turkish nongovernmental organization, Union of European Turkish Democrats, across Europe, including the recent one in the German city of Hamburg 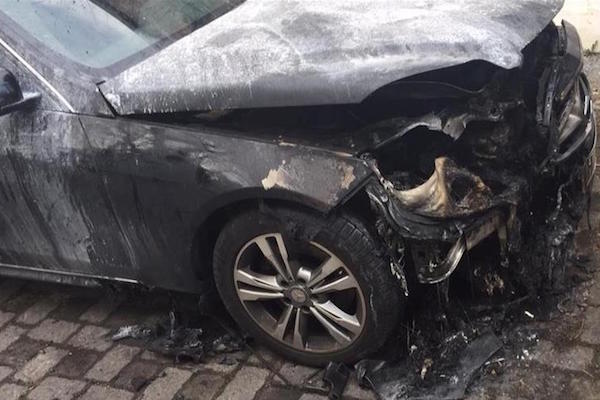 ISTANBUL (AVRUPA TIMES)-Turkish Foreign Minister Mevlut Cavusoglu has expressed concerns over terror attacks on the Europe-based Turkish nongovernmental organization, Union of European Turkish Democrats, across Europe, including the recent one in the German city of Hamburg. “We are worriedly following terror attacks against the branch offices and members of the Union of European Turkish Democrats (UETD) in Germany in the recent period,” Cavusoglu tweeted.

Three unidentified assailants threw Molotov cocktails on the personal car of UETD’s Hamburg head Muhterem Gungor Tuesday, when his vehicle was parked in front of his house.

Turkish foreign minister pointed out that the PKK terrorist organization was responsible for the attacks.

He said Turkey expects German authorities to unmask the offenders involved in the attacks and take security measures for preventing such attempts.

Gungor told Anadolu Agency after the incident that the UETD will continue its activities for peace despite all attempts to target the organization across Europe.

Cavusoglu also said that such incendiary actions and attacks that target Turkish citizens and nongovernmental organizations in Europe are a threat to the entire continent.

“The attacks targeting Turkish citizens and NGOs in Europe threaten whole of Europe,” he said.

Since last summer, more than 10 attacks have taken place against the UETD branches and mosques in Europe.