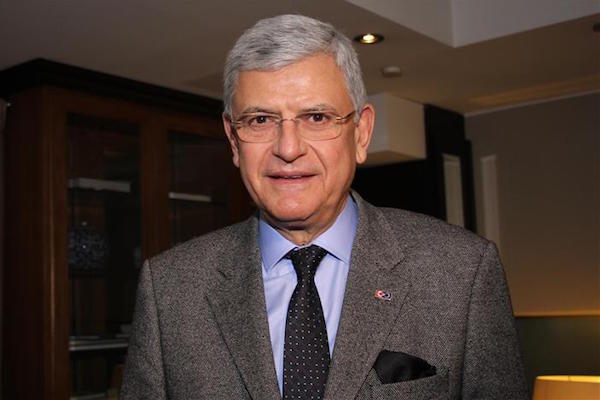 HELSINKI (AVRUPA TIMES)-Turkey’s EU Minister and Chief Negotiator Volkan Bozkir said on Thursday that ending the requirement that Turks get visas to visit the EU is something that the government owes the people.

In an interview with Anadolu Agency, Bozkir said that according to the recent Turkey-EU agreement on the refugee issue, “We keep track of those [refugees] who reached [Greek islands] as of March 20. Our colleagues in the Turkey Migration Authority are there and they are registering them. We will receive migrants according to that registry.”

Under the deal, all refugees and all migrants arriving in Europe via Greece after March 20 will be returned to Turkey after individual assessments that are in full compliance with international law.

In return, the EU will be expected to resettle an equal number of Syrian refugees already in Turkish camps starting on April 4.

On the conditions of refugees staying in Turkey, Bozkir said Turkey has not heard any criticism. “On the contrary, they said the conditions are extremely good and they always said that humanity owes Turkey its gratitude.”

The EU has also agreed to accelerate Turkey’s accession process by opening Chapter 33 on Financial and Budgetary provisions by June 30.

Turkey is hosting the largest number of Syrian refugees in the world and has spent more than seven billion euros (US$7.7 billion) meeting their needs, according to European Commission figures released last year.

Ankara has also requested visa-free travel for its citizens by the end of June, sped-up accession talks, and an additional three billion euros ($3.3 billion) to meet the needs of Syrian refugees in Turkey.

Bozkir also said that though opposition parties promised to support legislative changes needed to secure the visa-free travel goal, “Yet so far we have yet to see that support.”

“The AK Party [Justice and Development Party] government will ensure lifting of the visa [requirement]. This is our debt to our people, and we really want to make this happen.”

Under the agreement, the EU has also agreed to speed up the disbursement of 3 billion euros already pledged to meet the needs of Syrian refugees in Turkey and identify a list of concrete projects for these funds.

Over the past year, hundreds of thousands of refugees have crossed the Aegean Sea to reach Greece. This has placed a huge strain on the austerity-hit EU member and threatened the EU’s internal open-border system, as countries to the north of Greece impose frontier restrictions.

While in Helsinki, Bozkir also met with the Union of European Turkish Democrats’ (UETD) Finnish branch to brief them on the recent Turkey-EU deal and learn about their activities.