There is still time for the Turkish and Turkish-Cypriot community across England and Wales to complete the census and be counted. 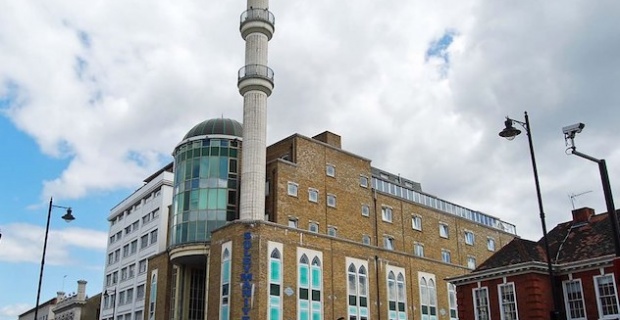 Census day may have passed, but there is still time for the Turkish and Turkish-Cypriot community across England and Wales to complete the census and be counted.
Millions of households have already made sure they count when it comes to planning and provision of the key services we all rely upon, like GP surgeries, school places and hospital beds, by filling out their online census form.However, it is vital everyone who hasn’t yet responded does so as soon as possible now Census Day, March 21, has been and gone.
Field officers are already out and about and will visit households who have not submitted their census. The operation will reach its peak next week so more officers will be knocking at doors where our records show there has been no response.

“The Turkish-Cypriot community is an assimilated diaspora; however we are very attached to our cultural heritage. This year’s ‘digital first’ census with a free-text national identity and ethnic background data completion fields represents an unapparelled opportunity for us to capture the size of our community; first generation to fourth generation and beyond. The census is an opportunity for the Turkish-Cypriot community to make themselves known and have a direct impact on their local areas,” said Sonya Karafistan, General Secretary of Council of Turkish Cypriot Association (CTCA UK)

“The census allows everyone to identify their national identity, ethnic-group and religion as they wish and the information provided goes on to ensure that millions of pounds are invested in the right places.”

“Census 2021 has gone brilliantly so far,” Office for National Statistics director of operations Pete Benton said. “The overwhelming majority of people across England and Wales have already taken part and we’ve heard some great stories: from those completing their 10th census to those completing their first.
“But, for us to have the most accurate picture of the whole population, we need everyone to fill in their questionnaire. By doing so you will be helping shape the local services in your community – the bus routes, school places, the hospital beds. You can do it easily online, but for those who want help, we have a range of census support centres open across England and Wales, and paper forms are available for those who need them.”

The census questionnaire is simple, straightforward, and safe to complete online. It only takes 10 minutes per person in a household.
The role of field officers is to give help and encouragement to those who have not yet filled in their census questionnaire online or on paper after Census Day and direct them to the support services they need.

Field staff will never need to enter people’s houses; they will always be socially distanced, be equipped with PPE and work in line with all government guidance.They will be operating in the same way as a postal or food delivery visit. They also carry ID to show they are genuinely working on the census.The census is a unique survey of all households in England and Wales. To be truly representative, it needs everyone to be counted.All households will have been sent a letter in the post in early March with instructions for taking part. If you have lost the letter or have a second address you have not visited, go to census.gov.uk to request an online completion code for your address via SMS text message. For more information, to complete the census or to request a new access code, please visit census.gov.uk.

Keywords:
Turkish CypriotWalesEnglandTurkish And Turkish-Cypriot CommunityCypriot CommunityCypriotTurkish Cypriot AssociationSonya Karafistan
Your comment has been forwarded to the administrator for approval.×
Warning! Will constitute a criminal offense, illegal, threatening, offensive, insulting and swearing, derogatory, defamatory, vulgar, pornographic, indecent, personality rights, damaging or similar nature in the nature of all kinds of financial content, legal, criminal and administrative responsibility for the content of the sender member / members are belong.
Related News