'Terrorists will threaten us, but we won't give up' 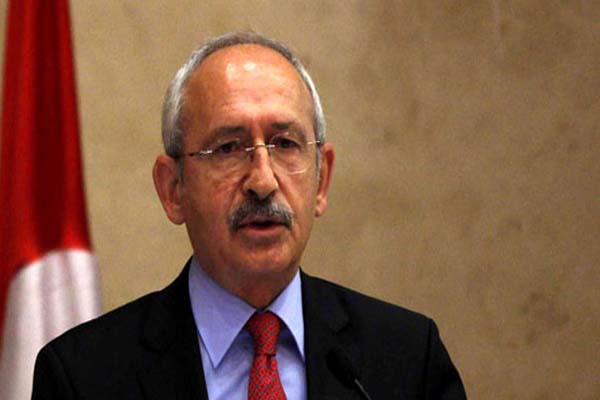 ARTVIN, Turkey (AVRUPA TIMES)-"They [terrorists] will show guns to us, threaten us, but we won't give up," said Republican People's Party (CHP) leader Kemal Kilicdaroglu. "We have one life, and it can be given for the sake of this country, for the sake of our people."

Three gendarmes were hurt in the attack, in the Artvin province’s Savsat district, and one died later in the hospital.

At the rally, Kilicdaroglu said he will "always" stand with the people.

"I will fight until we bring peace and tranquility to our beautiful country," he said. "We will have to grow Mustafa Kemal [Ataturk]'s Turkey."

"Our army has entered Jarabulus, Syria to teach the Daesh terrorists a lesson -- we completely support it," he said.

"We were hurt greatly in the Gaziantep attack where terrorists killed 54 of our citizens," he added, referring to an attack on a wedding last Saturday that took 54 lives.

Turkish military’s Operation Euphrates Shield in Syria was launched early Wednesday, when artillery and airstrikes were followed by Turkish tanks crossing the border to target Daesh in support of the Free Syrian Army fighters.

The operation is in line with the country’s right to self-defense borne out of international treaties and a mandate given to Turkey’s armed forces by the Turkish parliament in 2014, which was extended for another year in September 2015.