Terror groups harm Islam the most

Turkish President Recep Tayyip Erdogan on Sunday slammed terrorist groups such as Daesh and al-Qaeda for abusing the Muslim faith, saying that they do Islam greater harm than even its worst enemies 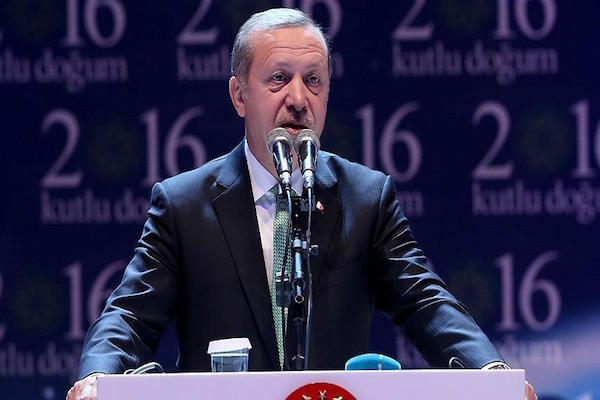 ISTANBUL(AVRUPA TIMES)-Turkish President Recep Tayyip Erdogan on Sunday slammed terrorist groups such as Daesh and al-Qaeda for abusing the Muslim faith, saying that they do Islam greater harm than even its worst enemies. Speaking at an event in Istanbul commemorating the birthday of the Prophet Muhammad, Erdogan said there are circles that paint themselves as Muslim, but "want to turn Islam’s spring into winter" and frustrate the community's hopes.

"All the oppression by those who blatantly abuse Islam and what Islam has [and] appear under the names Daesh, Boko Haram, and al-Qaeda are purely and simply against Muslims," the president said.

"Frankly, event Islam’s fiercest enemies cannot and have not done the harm to Islam these terrorist organizations have done," he added.

In his remarks, Erdogan warned of three dangers the Muslim world is facing, namely sectarianism, racism, and terrorism.

He said there is no Shia or Sunni faith outside Islam, which he said can only unite Muslims. "We are Muslim, we become united here," he added.