President Erdogan takes the oath of the office 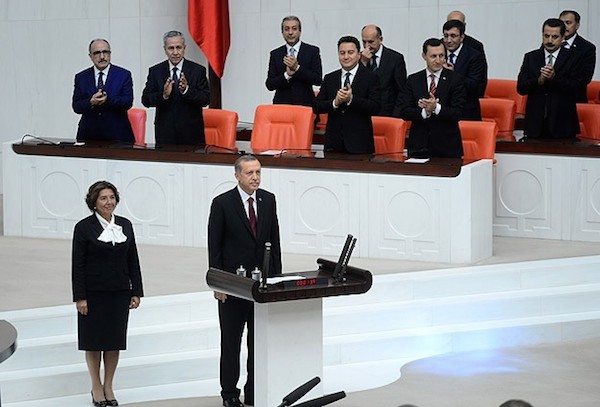 Recep Tayyip Erdogan has taken the presidential oath of office to become the Republic of Turkey’s 12th president. Former prime minister Erdogan took the oath on Thursday at the Grand National Assembly. The ceremony was marked by a walkout by opposition Republican People’s Party lawmakers. Party leader Kemal Kilicdaroglu did not attend the ceremony. Deputy group chairman of the party, known by the Turkish acronym CHP, Engin Altay asked for permission to speak before Erdogan’s oath but was refused by Speaker Cemil Cicek. Altay threw the parliamentary bylaw book on to the presidential platform and the CHP lawmakers walked out. Erdogan will appoint the Justice and Development Party's new leader Ahmet Davutoglu prime minister at 10 p.m. (19.00 GMT).