The Yavuz Sultan Selim Bridge, built above the northern Bosphorus, was named after 16th century Ottoman Sultan Selim I, whose rule marked the expansion of the burgeoning world power in the Middle East. 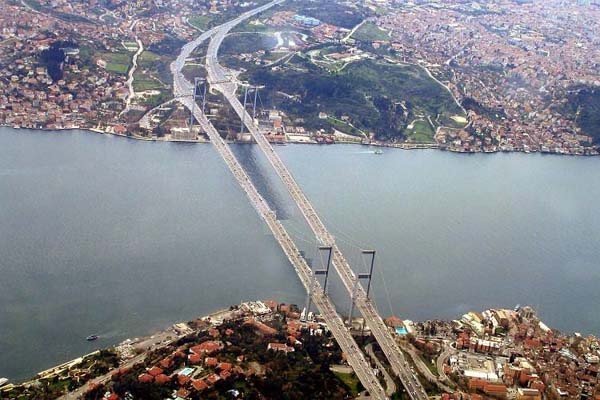 ANKARA (AVRUPA TIMES)-The Yavuz Sultan Selim Bridge, built above the northern Bosphorus, was named after 16th century Ottoman Sultan Selim I, whose rule marked the expansion of the burgeoning world power in the Middle East.

According to Turkish officials, it is estimated that the “longest suspension bridge to have a railway system” in the world will save $1.75 billion annually in terms of cutting travel times and reducing energy costs.

The bridge is also expected to provide a solution to the city's air pollution as well as traffic congestion, the officials claimed.

Turkey's government has guaranteed operators that 135,000 automobiles will use the bridge each day. The fee for automobiles going from the European to the Asian side will be 9.90 Turkish liras ($3.40).

There will be no charge for passage from the Asian to the European side.

It has been built as a part of the Northern Marmara Motorway Project, which has been planned in three phases. The first phase of the project has been completed by the private sector, which invested around $3 billion.

The other two phases will involve the construction of highways and link roads amounting to a total length of 257 km. These are expected to be completed and available for public use in 2018.