Evans was convicted of rape in April 2012 and spent two-and-a-half years in prison. 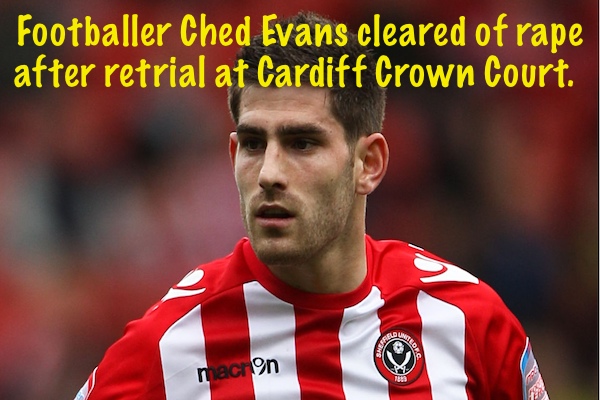 AVRUPA TIMES/SPORTS-Footballer Ched Evans cleared of rape after retrial at Cardiff Crown Court. This breaking news story is being updated and more details will be published shortly.  Evans was convicted of rape in April 2012 and spent two-and-a-half years in prison. His conviction was quashed on 21 April 2016 by the Court of Appeal, after a referral by the Criminal Cases Review Commission, and a retrial was ordered. On 14th October 2016 he was found Not Guilty. In June 2016, he joined Chesterfield.