A second MP has tested positive for coronavirus. 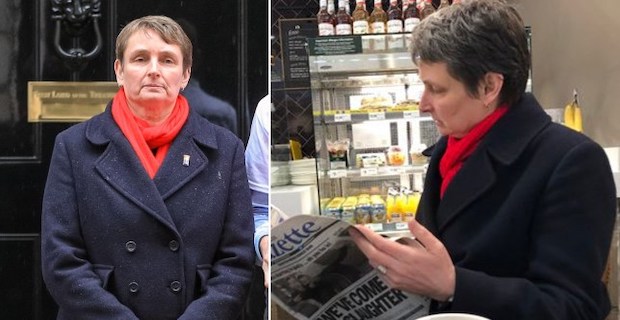 Labour MP for Jarrow Kate Osborne said she was diagnosed following a period of self-isolation.  Last week, Health minister Nadine Dorries confirmed she had tested positive for the virus. Ms Osborne said on Twitter: "I will continue to self isolate until I have fought off the illness." She urged people to heed NHS advice and stay at home if they have symptoms.

Ms Osborne said: "But in the meantime I would encourage everyone to band together and support the most vulnerable in our communities." She highlighted the official advice to stay at home for seven days if people have either a high temperature or a new, continuous cough. A number of MPs have entered self-isolation after coming into contact with Ms Dorries. Cabinet minister Anne-Marie Trevelyan said on Friday she had tested negative for the virus, but would stay at home for seven days as a precaution.

Keywords:
Kate Osborne
Your comment has been forwarded to the administrator for approval.×
Warning! Will constitute a criminal offense, illegal, threatening, offensive, insulting and swearing, derogatory, defamatory, vulgar, pornographic, indecent, personality rights, damaging or similar nature in the nature of all kinds of financial content, legal, criminal and administrative responsibility for the content of the sender member / members are belong.
Related News