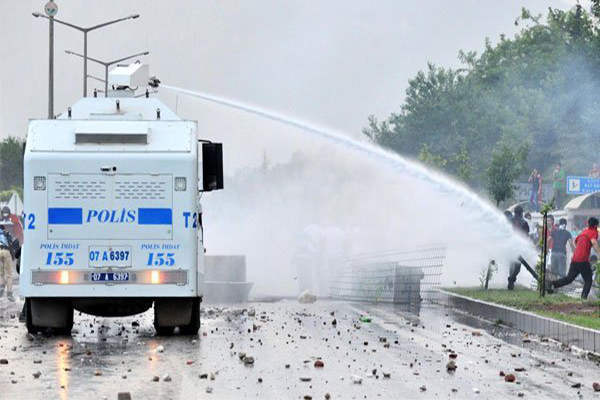 The London Assembly Police and Crime Committee welcomes today’s announcement from the Home Secretary that water cannon is not to be deployed in the capital.

Last year the Committee published its report - Water Cannon: Why the Met’s case doesn’t wash - which examined the implications of the Met Police using water cannon to control disorder.

The report concluded that there was no convincing argument for the Mayor’s decision to fund water cannon and no clear justification for the urgent purchase of the cannon.

Much of the debate about water cannon took into account the 2011 disorder, however, assessments have shown that water cannon would not have been an effective policing tool for quelling widespread disorder.

Joanne McCartney AM, Chair of the Police and Crime Committee said:

“Last year the Committee wrote to the Home Secretary outlining the findings of our report and we were pleased to receive a positive response shortly afterwards which welcomed our scrutiny of the actions and decisions of the Mayor. Our report found that a case didn’t exist for the Mayor’s decision to fund water cannon - which could cost up to £220,000 if they cannot be resold - and today’s announcement echoes our findings.

We heard the Home Secretary say today that there are “serious faults” recorded with the three purchased water cannons and that medical and scientific evidence is that they can cause serious harm. This is, of course, deeply concerning and as a result we welcome today’s decision, knowing that Londoners will not be policed with such tactics.”