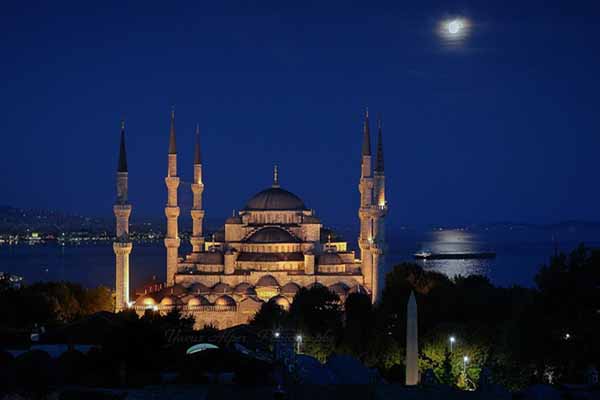 Throughout Calderdale celebrations of special prayers, family gatherings, presents, feasts and sweets are being enjoyed as well as donations being made by Muslims to charity. Today, people across the region will exchange the greeting of ‘Eid Mubarak’; ‘blessed Eid’.
Pictured, is a group of Muslim men celebrating their religious festival in Halifax. Thanks to @mirfan78 who tweeted @hxcourier this image. Halifax mosques Madni Mosque, Gibbet Street, and Al-Jamia Al-Zahra Mosque, Francis Street, held morning prayers for congregations and this afternoon Madni Mosque will hold further prayers. Amongst those in the community celebrating Eid is Park ward councillor Faisal Shoukat (lab) who is enjoying Eid with his family and the wider community. He said: “The whole community is enjoying the celebrations. There’s a fantastic atmosphere across the ward.” The history of the most significant Muslim celebration dates back to 610 AD when Prophet Mohammed, while meditating, had visions of angel Jibril, the messenger of Allah. Over the years. Prophet Mohammed, under the guidance of Jibril, wrote the holy verses of wisdom The verses later became the code of conduct for Islam followers and were documented as the holy book of Quran.
It is believed that the wisdom from the holy Quran was revealed to Mohammad during the month of Ramadan and he asked all Muslims to observe the month to express their gratitude to Allah.