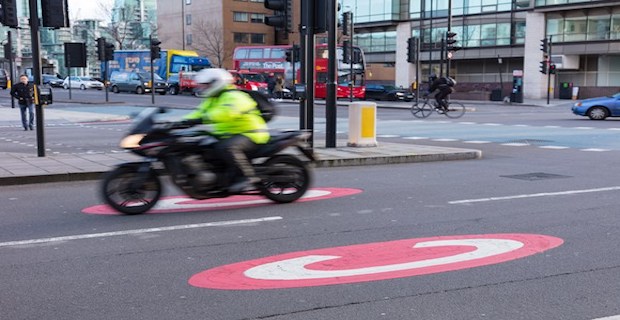 It is proposed that these changes would take effect from 8 April 2019, and by ensuring that the emission standard for those receiving a full discount are tighter than the Ultra Low Emission Zone (ULEZ), would help to further drive demand for the greenest vehicles.

Since the Congestion Charge launched fifteen years ago, the number of vehicles entering the zone every day has decreased by around 30 per cent. However, over the same period, the number of different PHVs entering the zone in charging hours has gone from an expected 4,000 a day, to more than 18,000, with knock on impacts on air pollution and congestion in central London.

Alex Williams, TfL’s Director of City Planning, said: “If we are to clean up the capital’s toxic air and tackle congestion in central London, we need to have the appropriate incentives as well as the right interventions.

“The Congestion Charge has had a real impact on improving London’s roads for all since it launched fifteen years ago. However, over that time the availability and standard of low-emission vehicles has greatly advanced and the number of private hire vehicles entering the zone during charging hours has rocketed. It is only right that we keep the discounts and exemptions for the scheme under review to make sure it continues to be effective.”

Analysis carried out for TfL indicates that the removal of the PHV Congestion Charge exemption could reduce the number of individual PHVs entering central London by up to 45 per cent. Removing these vehicles, which often repeatedly circulate within the zone, could reduce congestion and improve journey times for bus passengers, while reducing emissions. It is proposed that the exemption would remain for wheelchair accessible PHVs, to support TfL’s commitment to make the capital an accessible city for all.

The consultation seeks views on replacing the Ultra Low Emission Discount with a new phased Cleaner Vehicle Discount from 8 April 2019. The current Ultra Low Emission Discount applies to cars or vans that meet the Euro 5 standard for air quality, as well as emitting 75g/km or less of CO². The first phase of changes proposed would mean only zero-emission capable vehicles will not have to pay the Congestion Charge on environmental grounds. It is expected that, if the changes are made, around 10 per cent of the vehicles currently eligible will no longer receive a discount.

To encourage the uptake of the cleanest vehicles and support the ambition in the Mayor’s Transport Strategy for zero-emission road transport by 2050, there will a further tightening of the Cleaner Vehicle Discount in October 2021, with only pure electric vehicles qualifying. Further consideration will be given to future incentives for the uptake of zero-emission vehicles after 2025, which, subject to consultation, could include a central London zero-emission zone.

Bridget Fox, Sustainable Transport Campaigner at Campaign for Better Transport, said: "The Congestion Charge plays a vital role in cutting unnecessary traffic, keeping London moving and helping clean up our dirty air. It's right that TfL is keeping the Congestion Charge under review and integrating it with other clean air measures. We hope Londoners will take this opportunity to speak up for healthier streets."

London’s population is set to expand from 8.7 million to 10.5 million over the next 25 years, generating more than five million additional trips each day across the transport network. To address this challenge the Mayor has set a bold target that 80 per cent of all trips are made on foot, by bike or public transport by 2041, which will reduce congestion and improve air quality. In addition to the proposals in this consultation, congestion is being tackled through a wider range of measures including reducing the time taken to clear up unplanned incidents, reviewing traffic signal timings, re-routing bus routes to avoid the busiest central London streets, and ensuring utilities and roadworks are better coordinated. If no further action is taken to reduce congestion, GLA figures show that by 2041, three days would be lost per person every year due to congestion on roads, and 50,000 hours would be lost to slower bus speeds in the morning peak every day.

The Mayor has ensured public transport is both affordable and convenient with the TfL fares freeze and bus hopper fare, and along with increased rail capacity and improvements for cycling and walking, central London has a wide range of efficient and accessible transport options.

As part of the changes to Old Street roundabout to make the area more pedestrian and cycle friendly, it is also proposed there will be minor changes to the Congestion Charge and Ultra Low Emission Zone boundary to reflect the new road layout.

When the Congestion Charge was launched it was not mandatory for PHVs to be licensed, so TfL granted an exemption to encourage operators and drivers to become licensed with TfL, allowing TfL to improve passenger safety. Now that all PHVs are required to be licensed this incentive is no longer needed.

Two reports were conducted into the potential impact of the proposed changes. An Integrated Impact Assessment, which considers the likely health, equality, economic and business, and environmental impacts of TfL’s proposals and a report by Cambridge Economic Policy Associates (CEPA) into the impact of the proposed PHV exemption removal on the private hire industry in London. The reports can be found at the following link: tfl.gov.uk/ccyourviews

The number of taxis entering the zone has stayed broadly the same since the Congestion Charge was introduced. It is proposed that black cabs will retain their exemption as the fleet is 100 per cent accessible, providing a vital service to disabled Londoners in the heart of the capital. Taxis are also compelled by law to take any fare under 12 miles, meaning drivers have no choice about whether they cross the boundary.

The new Cleaner Vehicle Discount will mean that only vehicles which meet Euro 6 standards (petrol and diesel), emit no more than 75g/km of CO² and have a minimum 20 mile zero-emission capable range will qualify. From 2021, only electric vehicles with zero CO² emissions at tailpipe will qualify. The discount will cease to be offered from 2026.

Private hire vehicles that meet the Cleaner Vehicle Discount criteria will be exempt from the Congestion Charge.

The consultation closes on Friday 28 September. More details can be found at: tfl.gov.uk/ccyourviews

Keywords:
Congestion ChargePrivate Hire VehiclesCongestion Charge For Private Hire VehiclesLondon
Your comment has been forwarded to the administrator for approval.×
Warning! Will constitute a criminal offense, illegal, threatening, offensive, insulting and swearing, derogatory, defamatory, vulgar, pornographic, indecent, personality rights, damaging or similar nature in the nature of all kinds of financial content, legal, criminal and administrative responsibility for the content of the sender member / members are belong.
Related News