Can Dundar and Erdem Gul released

Two journalists accused of espionage and attempting to overthrow the government have been freed from jail after Turkey’s highest court said their rights had been violated. 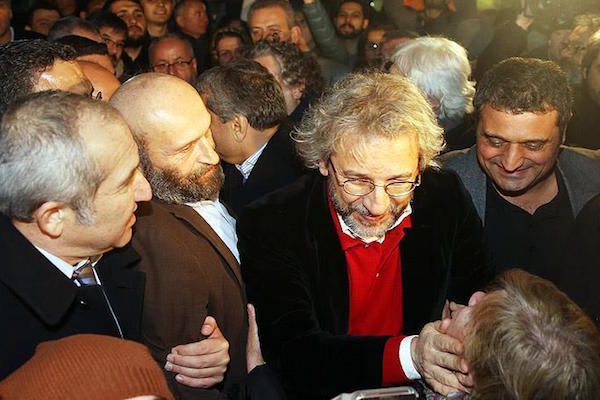 ANKARA (AVRUPA TIMES)-Two journalists accused of espionage and attempting to overthrow the government have been freed from jail after Turkey’s highest court said their rights had been violated.

Can Dundar, editor-in-chief of the Cumhuriyet newspaper, and the daily's Ankara bureau chief Erdem Gul were arrested on Nov. 26.

Istanbul's 14th High Criminal Court decided to free the journalists on Friday after the Constitutional Court’s ruling passed with 12 votes in favor and three against.

The latter court ruled on Thursday that the men’s rights to "individual freedom and safety", "freedom to express and spread ideas" and "freedom of the press" had been infringed.

Leader of Turkey’s main opposition Republican People's Party (CHP), Kemal Kilicdaroglu tweeted: "With this ruling that it issued, the Constitutional Court has said it is not a crime to tell the truth."

The two men had been in prison on remand.

The 473-page indictment prepared by Istanbul deputy public prosecutor Irfan Fidan in late January called for Dundar and Gul to be sentenced to 35 years in prison on charges of “aiding an armed terror organization”.

In the indictment, Dundar was accused of trying to legitimate Dec. 17-25, 2013 "coup attempts" and cooperating with what the government designates as the Gulenist Terror Organization/Parallel State Structure, or FETO/PDY, through his articles.

The indictment also claimed that the suspects were writing fabricated articles, based on footage provided by FETO/PDY, despite the fact that there is no concrete information or documents "to associate the Republic of Turkey and its government with terror".

The term ‘parallel state’ refers to U.S.-based preacher Fetullah Gulen and his supporters who are accused of orchestrating a corruption probe that targeted high-ranking Turkish officials in December 2013.

Since then, hundreds of police officers have been detained and judicial members reshuffled on charges of eavesdropping on Turkey's top officials, disclosing highly sensitive information, forming and belonging to an organization to commit crime, violating privacy, illegally seizing personal information and forgery of official documents.

Turkish President Recep Tayyip Erdogan and MIT’s under-secretariat were cited as the complainants in the indictment.