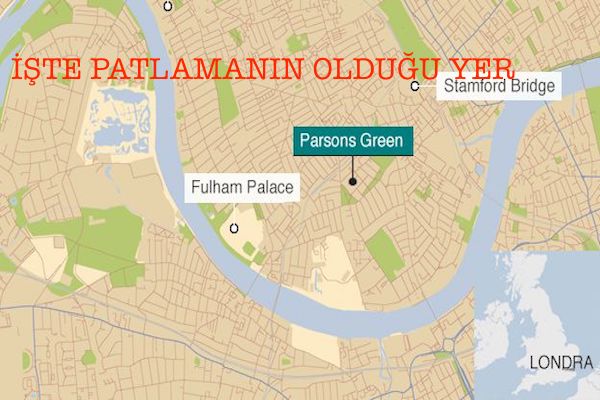 AVRUPA/LONDON-An explosion on a Tube train in south-west London is being treated as terrorism, Scotland Yard has said. Passengers were injured following the blast at 08:20 BST (07:20 GMT) at Parsons Green station.Pictures show a white bucket on fire inside a supermarket bag, but do not appear to show extensive damage to the inside of the carriage.The Metropolitan Police said "a number of people" had been injured and advised people to avoid the area.It was too early to confirm the cause of the fire and the station has been cordoned off, the statement said.Witnesses have described seeing at least one passenger with facial injuries.Others have spoken of "panic" as alarmed passengers left the train at Parsons Green station.Passenger Peter Crowley said he was sat in the carriage when the explosion happened.He said his head was burned by a "really hot intense fireball above my head" and added: "There were people a lot worse than me."Breaking News Latest