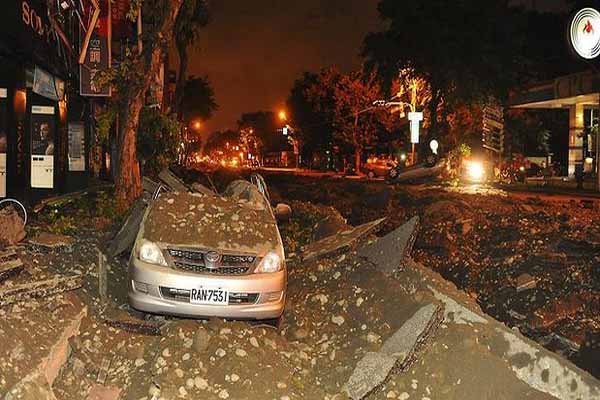 A natural gas pipeline at a power plant exploded Friday in central Argentina, injuring at least seven people and leaving hundreds without electricity. More than 50 firefighters have been trying to put out the blaze, which broke out at 9:30 a.m. local (8:30 EST) in Pilar, the central province of Cordoba, the TN news channel reported. "There are seven people injured, some with second- and third-degree burns," Cordoba City Mayor Diego Bechis told TN. He said that the injured people were on a road near the power plant when the pipeline exploded, causing flames soaring up to 30 meters into the sky. Osvaldo Simeone, head of the state-run power company EPEC, which operates the plant, said on TN that no workers were injured, and that the power plant was shut down and evacuated. He said it was likely that a gas leak led to the explosion and the fire, according to preliminary findings. Argentina gets most of its power from fossil fuel-fired power plants and most of them run on natural gas, much of which is produced in the south of the country and shipped by pipeline. Gas supplies, which meet 50 percent of national energy demand, is shipped by pipeline for use in residential heating and for generating electricity. Rene Carabante, head of the firefighters in Pilar, said it remained uncertain how long it could take to put out the blaze, The fire "is very large and we still have no notion of what could happen," Carabante told Cronica TV. Clarin newspaper reported that with the power plant out of service, electricity shortages have hit Pilar as well as neighboring cities and parts of Cordoba City, the capital of the province.