A man who was targeted by a gunman in a shooting which left a young girl dead has been arrested and will be questioned over the killing. 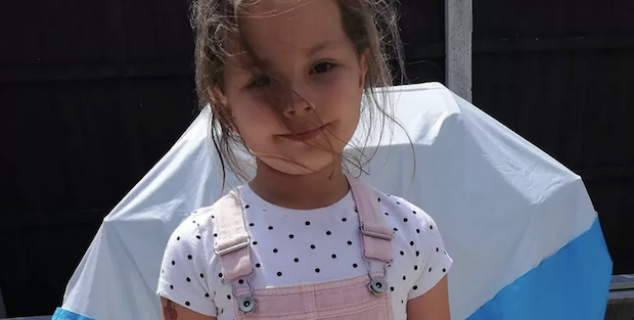 Olivia Pratt-Korbel was shot in the chest as her mother struggled with a gunman at the door.A man who was targeted by a gunman in a shooting which left a young girl dead has been arrested and will be questioned over the killing.Nine-year-old Olivia Pratt-Korbel was shot as her mother struggled with two men, one armed with a gun, at the door of her Liverpool home on Monday night.Merseyside Police said a 35-year-old man, who was also shot, was held on a prison recall and would be interviewed.It said the man, who had no links to the family, was stable in hospital.The force said earlier that officers hadbeen given the same name by two different sources in the hunt for the gunman.Forensic experts at the scene of Olivia Pratt-Korbel's shooting

Det Ch Supt Mark Kameen said inquiries were continuing "into the shocking murder of Olivia" and the force was "supporting her family as they try to come to terms with this tragedy". 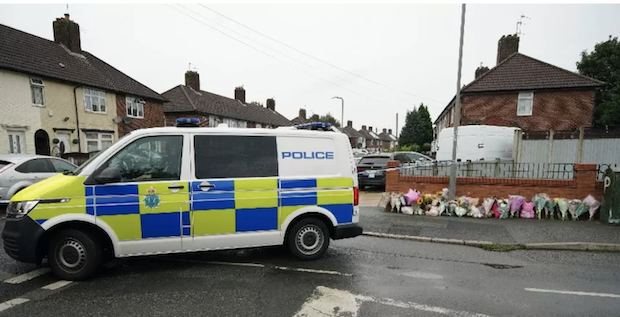 "I would like to echo the words of our chief constable yesterday [and] appeal to the community to keep helping this family in every way possible," he said.
"We will do all we can to take all of these involved in gun crime off the streets, as this arrest demonstrates."
He added that this was "not the time for anyone who knows who was responsible to stay silent".
"It is a time for us all to make Merseyside a place where the use of guns on our streets is totally unacceptable and those who use them are held to account.
"If you saw, heard, captured or know anything, tell us directly or anonymously and we will continue to act."

Merseyside Police said the arrested man had been recalled to prison to serve the remainder of his licence and would be "further questioned" in connection with Olivia's death.The force has previously said:A35-year-old man ran into Olivia's home on Kingsheath Avenue, Dovecot, followed by a man armed with a handgun, after her mother Cheryl Korbel opened the door to see what the noise was outside at about 22:00 BST.Olivia was fatally shot and Ms Korbel was shot in the wrist as she tried to shut the doorThe gunman then fired two more times through the gap in the door, hitting the 35-year-old in the upper body, before running away.The injured man was then driven away in a black Audi, while Olivia and Ms Korbel were left behind.The gunman was described as about 5ft 7in (170cm), of slim build, carrying a handgun and wearing a black padded jacket, a black balaclava and black gloves.In a tweet, Prime Minister Boris Johnson said the shooting was "horrific" and "senseless" and that his thoughts were with Olivia's family and "the people of Liverpool".He added that Merseyside Police would get "whatever they need to catch those responsible and secure justice for Olivia"..Liverpool Mayor Joanne Anderson tweeted that "someone out there knows who did this", adding: "For Olivia, and for the safety of our city's communities, you must come forward." 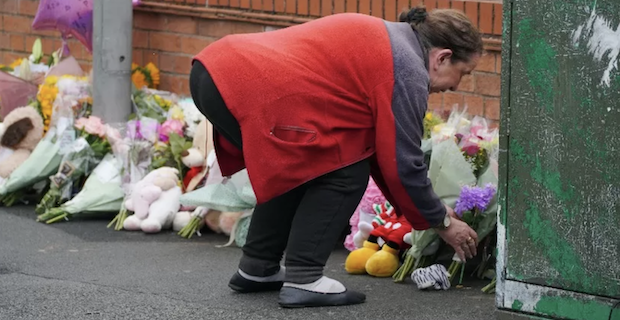 Mr Kameen said the force was "absolutely dedicated" to ensuring there were sufficient resources to investigate Olivia's death, as well as the recent shootings of 28-year-old Ashley Dale in Old Swan and 22-year-old Sam Rimmer in Dingle.He said each case was "receiving first-class treatment and will continue to do so" and that police raids carried out across Liverpool earlier were in response to the deaths and organised crime.He said they were "in effect Merseyside Police bearing its teeth"."We're proactive, we're hard-edged and we'll take the fight to the criminal," he said.Referencing Merseyside Police's recent watchdog grading of outstanding for its efforts in tackling organised crime, he said the force was "not asleep here in any way"."This hasn't suddenly jerked us into some sort of activity," he said."This is daily business for Merseyside Police but now we're just ramping it up even further."

Merseyside Police and Crime Commissioner Emily Spurrell said she was "really pleased" to hear information about who was responsible for Olivia's death had been shared with police.Encouraging others to get in touch with any information they may have, she said "we know somebody out there will know what happened and who is involved".Paying tribute on Monday, Olivia's head teacher Rebecca Wilkinson said St Margaret Mary's Catholic Junior School in Huyton was in "shock and disbelief".She said Olivia was "a little ray of sunshine" and was a "lively little soul [who was] very, very popular with all her peers".

Keywords:
Olivia Pratt Korbel9 Year OldGunman At The DoorShooting In Liverpool
Your comment has been forwarded to the administrator for approval.×
Warning! Will constitute a criminal offense, illegal, threatening, offensive, insulting and swearing, derogatory, defamatory, vulgar, pornographic, indecent, personality rights, damaging or similar nature in the nature of all kinds of financial content, legal, criminal and administrative responsibility for the content of the sender member / members are belong.
Related News