17 held across Turkey for links to Ankara terror attack 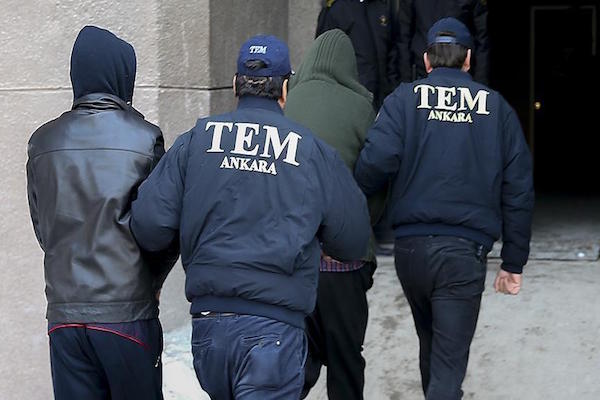 ANKARA (AVRUPA TIMES)-The number of detainees across the country has increased to 17 early Friday in the investigation into Wednesday's terror attack that left 28 people dead and scores wounded in central Ankara.

According to sources from the Ankara Chief Public Prosecutor's Office, the operations ongoing in seven provinces as part of the probe have resulted in 17 suspects being apprehended as of Friday, with the police still searching for one other suspect.

In remarks to press at the Turkish General Staff headquarters, Prime Minister Ahmet Davutoglu revealed Thursday that the attack was carried out jointly by a Syrian-national YPG member and PKK members based in Turkey.

YPG is the armed wing of PYD, which is the Syrian branch of the terrorist PKK group.

The deadly blast Wednesday occurred during the evening rush hour on Merasim Street, which connects Dikmen Street to Inonu Boulevard, which is close to the Turkish General Staff and parliament buildings.

As the Turkish Health Ministry announced Thursday, a total of 81 people were affected by the Ankara attack. Fifty-nine have been discharged, 22 remain at the hospital including seven in the intensive care unit.

On Thursday, Turkish Interior Minister Efkan Ala announced that at least 14 people suspected to be linked to the attack had been detained in simultaneous operations carried out in seven provinces (Istanbul, Adana, Bolu, Tekirdag, Izmir, Ankara and Diyarbakir).

Anti-terror police in Izmir province said they apprehended four suspects after finding out that the vehicle used in the car bomb attack was rented out in the western province. A fake driving license and a credit card bearing a false identity were used to obtain the car, which had false license plates at the time of the explosion.

Four people working for the rental company in Karabaglar district have been taken into custody.

Company officials told police that they had reported their car stolen -- a sport compact car -- on Jan. 11 after the renter did not return it.

Another four suspects were apprehended in Istanbul later Thursday. They reportedly told police that they sold the rental car -- after changing the license plates -- to another individual in Diyarbakir, according to Istanbul police.

After attending a ceremony at Ankara's military hospital GATA, Davutoglu -- with Interior Minister Efkan Ala and National Defense Minister Ismet Yilmaz -- laid a total of 28 carnations at the blast site on Merasim Street on Friday in memory of 28 people killed in the attack.