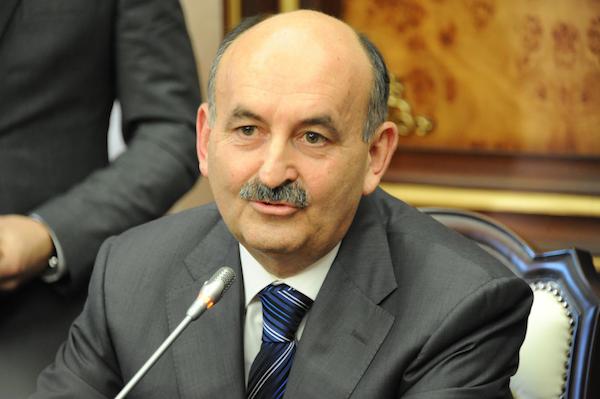 Turkish health minister Mehmet Muezzinoglu visited injured Gazans being treated at a state hospital in Ankara on Thursday along with Palestinian foreign minister Riyad al-Maliki.
“All of the injured brought into the hospital are undergoing regular treatment and there are no serious problems,” Minister Muezzinoglu told the press after his visit. However, Muezzinoglu revealed that one patient brought in to Turkey from Gaza had died.
“One of the patients, who was in a critical condition when he arrived, was taken into intensive care but he unfortunately passed away,” Muezzinoglu said.
Palestinian FM Maliki thanked Turkey and the Turkish Health Ministry for treating the injured Gazans.
“We want our people to live a normal life and we will not allow for things to go back the way they were before the cease-fire we agreed on,” said Maliki.
Muezzinoglu also stated that on Thursday 33 more injured would fly to Turkey for treatment.
“Also, a health team of 80 people are awaiting permission to go to Gaza in order to provide on-site medical treatment,” the health minister said.
An Egypt-brokered cease-fire came into effect on Tuesday, ending 51 days of violence in which 2,145 Palestinians were killed and over 11,000 injured – the vast majority of them civilians. The Turkish government plans to bring at least 200 Gazans to Turkey for treatment. Since August 11, a total of 48 injured Gazans have arrived in Turkey for treatment.