The best kebab shop in Britain is Turkish Super Ocakbasi

Telegraph.co.uk writer Sophie Dening stops by for a late-night meal. 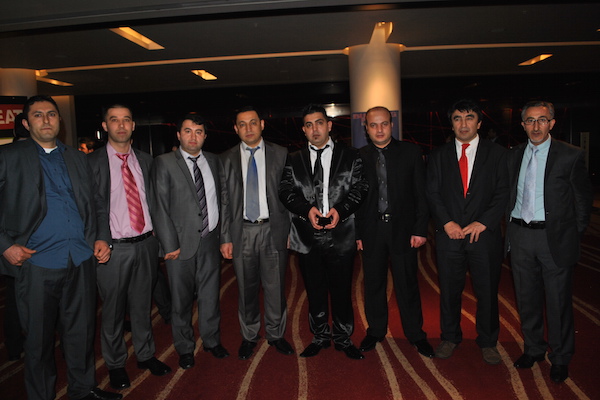 Super Kebab, a family-owned business established eight years ago, took the coveted national award for best takeaway on Wednesday, sharing it with sibling site Super Ocakbasi, a five-minute walk away. Super Ocakbasi is a cosy, cheerful corner restaurant where the charcoal grill is king, in contrast with sparkling, painfully bright Super Kebab, where I count no fewer than seven men behind the 12-foot counter. Both places are clean as new pins, and festooned with food-safety and halal certificates. At Super Ocakbasi, chef Cengiz Zeynep prepares me a mixed kebab for three people, £25, and a side order of kisir, £3.50, one of my favourite salads, which consists of finely ground bulgur, parsley, and tomato paste.

Is this the best kebab shop in Britain? Telegraph.co.uk writer Sophie Dening stops by for a late-night meal. Sophie Dening tucked into Super Kebab's mixed grill  There so much more to the kebab than its popular incarnation as a late-night booze sponge. For years, I’ve remained faithful to Omar and the boys at Kuzu Sis on Well Street in Hackney. But the clamour of the third British Kebab Awards, which took place in London on Wednesday night, has turned my head, and here I am on Stoke Newington High Street, intrigued, hungry, and offering congratulations to the happy winners.

As I get stuck into classic lamb sis, lamb kofte, lamb ribs and chicken wings, Cengiz proffers his phone, showing me photos of him suited and booted at the awards, brandishing his trophy among the Super Kebab cohort.

“We expected to win, to be honest,” says Mislina Gilgil, a director of the business, “because we work really hard at what we do, the service and hygiene are excellent, and everything is healthy and fresh, made specially for by us for our customers. All the chefs are highly experienced and understand meat, charcoal grilling and the art of the doner.”

The meat comes daily from their own butchers shop, next door to the takeaway, and is halal approved.

He tells me that Super Kebab is considered such a paragon that customers have been known to buy freshly prepared lamb doner, freeze it, then fly back to Germany or Turkey so they can reheat it and assemble the doner of their dreams at home.

My lamb ribs, sis and chicken wings are indeed fresh and succulent, with a nice amount of char on the ribs. The kofte, made with red and green peppers and parsley, is the best thing on the plate, healthily laced with tasty fat, yet, like everything else, greaseless to a fault.

The order comes with rice, bread, chillies and two salads included: onion salad is spicy and acidic, not pungent, dressed with pomegranate juice, salgam (pickled red carrot juice) and sumac. Mislina brings me a plate of doner meat to try. Made with minced lamb shoulder, and a little breast meat, it is herby and tender and nothing like the last doner I ate, in around 1989 from a van opposite Amersham station.

Meats on the grill at Super Ocakbasi

If this is a staunchly old-school kebab, elsewhere the reputation of this often derided yet delicious dish is getting a fillip from innovative entrepreneurs. At DOM’s Place in Clapton, a traditional Turlkish grill, or mangal, has been revamped by younger members of the family, who are wise details such as quality coffee, craft beer and branding.

The mission statement at newly opened Chifafa in Clerkenwell, where doners and foam cartons are off the menu, is “to save the reputation of the kebab in the UK”. And one of Wagamama founder Alan Yau’s latest projects is Babaji Pide, where the Turkish equivalent of pizza is served alongside lamb or beef kofte, in a beautifully designed space where late-night loutishness is unimaginable. (Telegraph.co.uk writer Sophie Dening)

THE AWARDS IN FULL