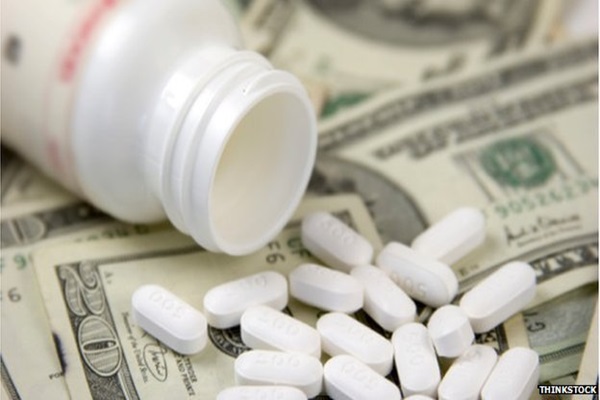 Prescribe enough drugs and - as detailed in 1974 Senate hearings - a doctor could accumulate points to exchange for a wide range of consumer desirables - colour TVs, watches, microwave ovens, lawnmowers, golf clubs. The hearings were part of a campaign led by Democratic Senator Edward Kennedy, and exposed a culture that, since the 1950s, had become pervasive. In the decades that followed, the pharmaceutical industry grew and the stakes got bigger. As more information about doctors' prescribing habits became available, more money was spent trying to influence them. The 1990s saw the release of a number of "blockbuster" drugs, and were seen as boom years for the drug "reps" who act as intermediaries between doctors and industry, handing out samples of products and deploying a variety of studied tactics to boost both company profits and their own salaries. Michael Oldani, who worked as a rep for Pfizer before becoming a medical anthropologist, has described how offering food and drink - free bagels, lunches and coffee coupons - was a favourite strategy. Gifts could range from pens to bottles of wine to "unrestricted educational grants" worth thousands of dollars. "We did all sorts of crazy stuff in the industry," Oldani says. "The regulation hadn't caught up with us."

The gradual exposure of such practices by whistleblowers, prosecutors and the media eventually led to a series of professional and industry guidelines, targeting some of the most flagrant financial transfers. Cash inducements were made illegal in some states, and outlawed federally for prescriptions covered by the Medicare and Medicaid programmes. These measures, along with what many observers say has been a shift in culture, appear to have made some difference. But doctors may still be paid for public speaking and consultancy or given funds for medical education or research. A study by Eric Campbell of Harvard Medical School found that among a random sample of doctors, the share of those who said they had received gifts from industry fell from 83% in 2004 to 71% in 2009. The share for those acknowledging payments for services such as consulting or public speaking dropped from 28% to 14% over the same period.

Even in 2009, however, nearly 84% of respondents reported a relationship with industry. As Campbell says, "still the vast, vast majority of physicians are getting things from drug companies". Some relationships have led to illegal behaviour. Top pharmaceutical companies have reached settlements with the Department of Justice totalling tens of billions of dollars over allegedly fraudulent marketing of drugs, sometimes through payments to doctors. But most transactions fall within what is professionally and legally permitted, and supporters defend them as helping the best new treatments reach people who need them. There is "great value" in exchanges of information between healthcare sector and industry, says Kendra Martello, a deputy vice-president at PhRMA, which represents leading pharmaceutical companies. "Better educated physicians provide better care to patients, in my view."

Tom Stossel, a doctor and a professor of medicine at Harvard, says medicine is "incomparably better" today than it was 50 years ago, and that "all of this is thanks to the tools that physicians have gotten from industry". He discounts claims that payments have distorted decision making as "speculation", says drug firms only settled to avoid being barred from government contracts, and calls criticism "mean spirited, holier-than-thou stuff". "Doctors could go to a restaurant, learn something, get a nice dinner - what was wrong with that? Is education better in a monastery than in a restaurant?" It is hard to track payments over time, or to measure their impact.

However, critics say there is evidence that they affect prescribing habits, and that this drives up costs and health risks. A recent study by three US economists found that a doctor receiving payments from a pharmaceutical firm was more than twice as likely to prescribe its drugs, compared to doctors receiving no payments. Using data from more than 330,000 doctors and 12 pharmaceutical firms, it identified 58% as having received payments. It found that payments were unlikely to represent significant opportunities to educate doctors about new drugs, and that financial gain appears to be an important motive for doctors. Daniel Carlat, director of the prescription project at the non-profit group Pew Trusts, says research to date shows that doctors who have dealings with drugs reps "tend to prescribe differently". "They prescribe more drugs, more expensive drugs, more brand-name drugs, and they're less likely to follow evidence-based practice guidelines in prescribing drugs. "To the extent that all of those relationships lead to inappropriate prescribing... that could be a massive problem in terms of healthcare costs and also in terms of public health.