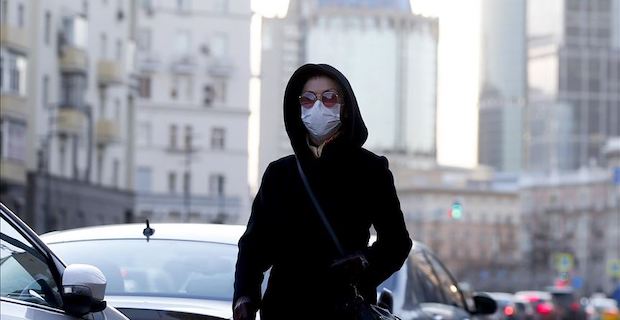 AVRUPA - Russia on Friday registered record number of coronavirus cases for the third day in a row, as 7,933 more people tested positive for the virus. The total number of COVID-19 patients rose to 114,431, while more than 211,000 people were put under medical surveillance, according to data released by the emergency team. The illness claimed the lives of 96 people in the past 24 hours, taking the death toll to 1,169, while the number of recoveries increased to 13,220. Russia recently ramped up testing in a bid to diagnose patients at an early stage and has conducted more than 3.71 million tests to date. On Thursday, Russia's Prime Minister Mikhail Mishustin announced that he had contracted the novel coronavirus and said he would isolate himself until recovery. After originating in China last December, COVID-19 has spread to at least 185 countries and regions. Europe and the US are currently the worst-hit regions. The pandemic has killed more than 233,400 worldwide, with total infections nearing 3.26 million, while over 1 million people recovered from COVID-19, according to figures compiled by the US-based Johns Hopkins University.