Pensioners could get life expectancy guidance 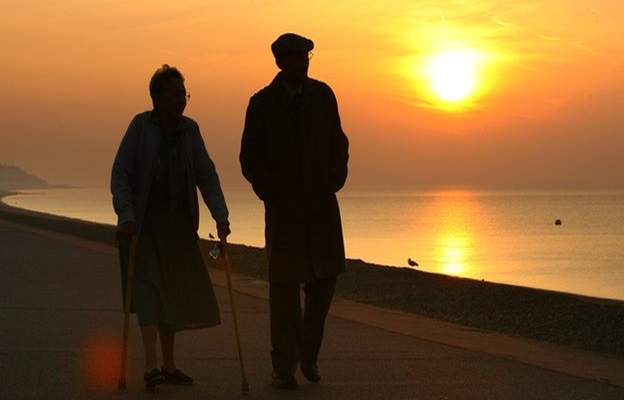 Pensions Minister Steve Webb warned people often underestimate how long they might live and can be left without enough savings. Estimates of life expectancy would be based on factors such as gender, where they live, and whether they smoke. The information would help them plan their finances more efficiently, according to the minister. "We don't have a lot to go on" when planning for retirement, he told the BBC, suggesting that "we might think perhaps about how long our grandparents lived, and of course in the generation since then people are living a lot longer". "People tend to underestimate how long they're likely to live," he explained, "so we're talking about averages, something very broad-brush. "Based on your gender, based on your age, perhaps asking one or two basic questions like whether you've smoked or not you can tell somebody that they might, on average, live for another 20 years or so." The Lib Dem minister said people would be given an idea of their life expectancy as part of plans outlined in the Budget for pensioners to get face-to-face consultations with an adviser.

The consultations would be paid for by the pension schemes themselves and any discussion of life expectancy would be handled sensitively, he emphasised. But he added: "There's no point being all British and coy about it."

The minister acknowledged that "few of us have got a pensions pot big enough to buy a fancy sports car" but that the money accumulated could be "significant". He had previously been criticised for saying he was "relaxed" about retirees deciding to use their money to buy Lamborghinis if they wish. The objective was to "help people to make the right choices" whilst "moving away from nannying people". Final-salary scheme: Guaranteed pension based on earnings at end of your career and length of service. Also known as defined benefit schemes Career average scheme: Guaranteed pension based on your average pay over your career Defined contribution scheme: Determined by contributions and investment returns. Usually worth less than final-salary pensions. Savings used to buy an annuity, or retirement income - until now Life expectancy estimates already play a large part in determining annuity rates - the rate of exchange the provider uses to convert a pension pot into an income. New freedoms unveiled in the Budget will make such advice more important, Mr Webb argued.

Last month, the chancellor announced he would get rid of rules that force most people to use their pensions pot to buy an annuity, which guarantees an annual income. The new rules will make it easier for people to spend their pensions however they choose, but critics say it could leave people struggling if they make ill-informed decisions. The changes are due to come in from April 2015, subject to consultation.

Labour supports the scrapping of annuity requirements, but shadow work and pensions secretary Rachel Reeves has urged the government to provide "a lot more detail about what that will mean in practice". The party wants the consultation to consider whether the move helps lower and middle income taxpayers, whether people who want to buy an annuity under the current system can do so, and what provision is made for advice. Figures from the Office of National Statistics show that life expectancy is rising steadily, with women born now projected to live a year more than if they had been born four years ago. For men, the gap is narrowing more rapidly. A man born in 2014 can expect to live 17 months longer than if he was born in 2010. The government recently succeeded in getting the Pensions Bill through Parliament, which will increase the state pension age to 67 between 2026 and 2028, eight years earlier than originally planned. The legislation also introduces a single-tier state pension from 2016.