AVA, Tests on beef products in Italy have found that one in five contain more than 1 percent horse meat, while France found more cases of illegal horsemeat in beef products than any other EU country 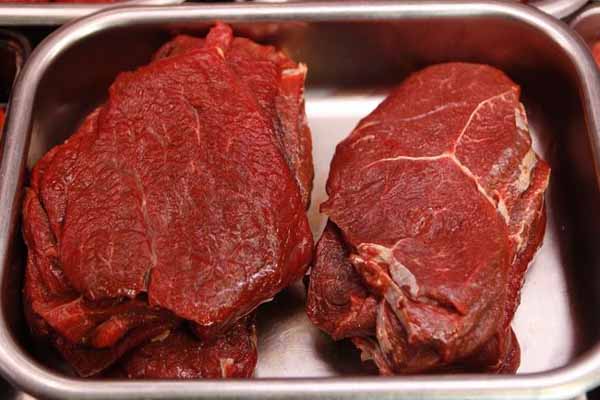 Tests on beef products in Italy have found that one in five contain more than 1 percent horse meat, the Italian Health Ministry said on Monday. Italy launched an inspection of the sector in response to the scandal of horse meat in products labelled as beef that has spread across Europe since January, prompting product withdrawals and worrying consumers. Italian police inspected 454 samples of products advertised as beef without any mention of horse meat, and found that 93 tested positive for horse meat traces above 1 percent, which should have been declared, the ministry said. The products it tested were of both national and foreign origin, the ministry said. Italy said it had sent the findings to the European Commission, which is due to publish EU-wide data on Tuesday.

Farmers lobby Coldiretti said the results had unveiled a "global scam" and "a scandal without precedent".

It said the inspection highlighted "the widespread movement of meat that goes from one end of Europe to the next through opaque exchanges that spawns fraud and deception to the detriment of businesses and consumers".

The tests found no traces of the horse pain-killing drug phenylbutazone, which has been found during inspections elsewhere in Europe. The drug can be harmful to humans in very high concentrations and is banned from entering the human food chain.

France also found more cases of illegal horsemeat in beef products than any other EU country, early results of DNA tests ordered in the wake of the scandal showed, with more than 1 in every 8 samples testing positive.

The European Commission is due to announce the results of the tests later on Tuesday, but EU sources said a progress report from the EU's executive dated April 9 showed that of 353 tests carried out in France, 47 tested positive for horse DNA.

The progress report only included complete data for 11 EU countries. Greece had the second-highest level of positive results with 288 tests yielding 36 positive results - a rate of 12.5 percent. Germany found horse DNA in 29 samples out of 867.

In Britain, where horsemeat has already been found in burgers and other products sold by retailers including Tesco , 150 official tests carried out as part of the EU-funded programme returned no positive results for horsemeat.

But one senior EU official said Britain had recorded the most positive results for the potentially harmful veterinary drug phenylbutazone - known as bute - as part of a second set of EU-wide tests on horsemeat destined for human consumption.

"The bute is now really concentrated in the UK, but mainly because the UK has tested every horse slaughtered since February, so they have done a huge number of tests - more than 800," said the source, who spoke on condition of anonymity.