France will establish border controls during the Conference

The last time France employed this measure was in 2012 for the G20 in Cannes. 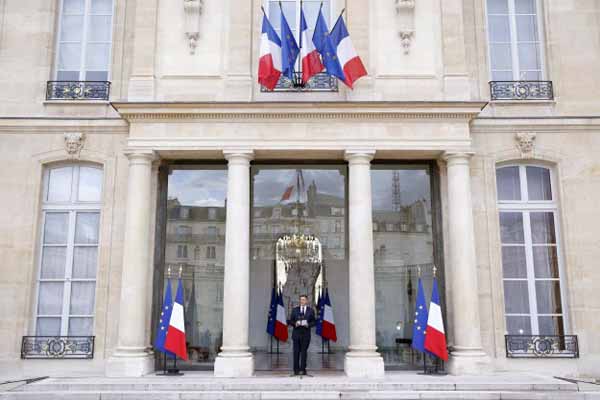 Avrupa Times/London-France is set to reintroduce intra-Europe border controls for a month, over the period of the UN-backed Paris Climate Change Conference (COP21), French interior minister Bernard Cazeneuve said on Friday. "For one month, we will establish border controls," Cazeneuve told French radio RMC, referring to "a context of terrorist threat or risk of disturbing public order". This "is not at all a Schengen suspension [...] which states in one of its articles the possibility for states to do so under special circumstances that apply to the COP21," he added.

The French government is enforcing article 23 of the Schengen Borders Code which gives member states the right to reintroduce internal border controls for a maximum of 30 days "where there is a serious threat to public policy or internal security".

The last time France employed this measure was in 2012 for the G20 in Cannes.

More than 150 nations are expected to meet in Paris from Nov. 30 to Dec. 11 in a bid to strike a deal on carbon emissions regulations meant to keep the global average temperature within two degrees Celsius of what it was at the dawn of the industrial revolution.

Asked if the move aims to exclude the civil society organizations, climate activists and advocates from taking part in the conference, French Foreign Minister and chair of COP 21, Laurent Fabius said: " No, the civil society has its share, which will be determined in the pre- COP21 talks with other ministers."

Fabius added such "procedure is usual at all COPs. We want to make sure we won't have a massive number of visitors with non-peaceful plans."

The head of French diplomacy was speaking at a press briefing on the issues to be tackled with some other 80 ministers at the COP21 preliminary summit in Paris from Nov. 8 to Nov. 10.

"We will concentrate on four topics: the ambition of the agreement, its fairness, funding to be mobilized after 2020 and concrete actions to be undertaken," he added.