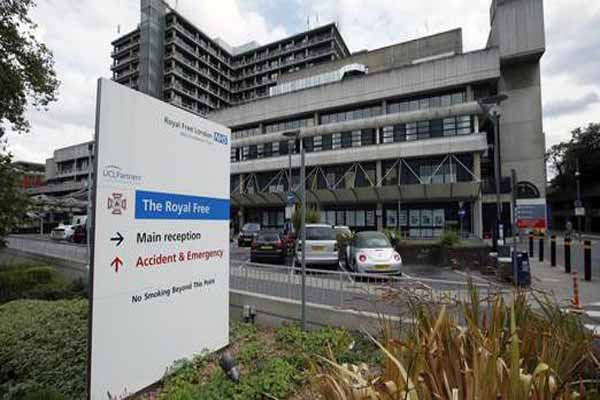 The healthcare worker, understood to be called William, landed at RAF Northolt near Heathrow just before 9pm on board a specially equipped C17 plane. An ambulance transporting the man to an isolation unit at the Royal Free Hospital in north London travelled there under a police escort to stop other vehicles from interrupting the journey. British man infected with the ebola virus is loaded into RAF ambulance after being flown home on a C17 plane from Sierra Leone, at Northolt air base outside London. The nurse is taken off the RAF jet The hospital is home to the UK's only high-level isolation unit which has a specially-designed tent with controlled ventilation. The only people allowed inside are specially-trained medical staff. Dr Paul Cosford, director for health protection at Public Health England, said protective measures will be in place to avoid the virus being transmitted to staff transporting the patient and healthcare workers in the UK.

The flight from Sierra Leone took around eight hours

The man, who the Department of Health has said is not "seriously unwell", is understood to have been a volunteer at a clinic in the Kenema district of Sierra Leone.

Sky sources who have knowledge of the repatriation describe the young male nurse, who is estimated to be in his late 20s or early 30s, as a "remarkable and amazing young man".

Police escort a RAF ambulance carrying a British man infected with ebola virus after he was flown home on a C17 plane from Sierra Leone, at Northolt air base outside London.

The ambulance carrying William is escorted to the Royal Free Hospital

Health chiefs insist the risk to the British public from ebola, which kills up to 90% of those who get it, is "very low".

"UK hospitals have a proven record of dealing with imported infectious diseases and this patient will be isolated and will receive the best care possible."

The Royal Free Hospital in Hampstead

Ebola is contracted through contact with an infected person's bodily fluids and there is currently no cure or vaccine.

Strict quarantine measures are used to stop the spread of the virus, as well as high standards of hygiene for anyone who might come into contact with sufferers.

Symptoms of the virus appear as a sudden onset of fever, headache, sore throat, intense weakness and muscle pain.