Enfield says no to mutilation 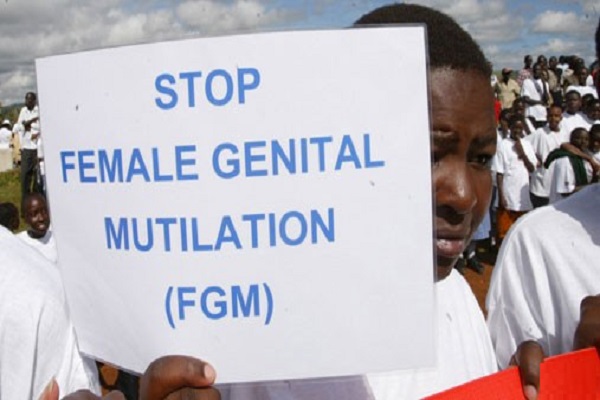 It also agreed at Wednesday’s (November 27) Council meeting to build on the work being carried out in the borough to make sure no young person from the borough has to undergo the procedure. It also called on the government to introduce statutory provisions to make personal, social and health education include a zero tolerance approach to violence and abuse in relationships.

Enfield Council’s Cabinet Member for Community Wellbeing and Public Health, Cllr Christine Hamilton, said:  “Female Genital Mutilation is an abhorrent practice and no child, regardless of their cultural background should be forced to endure this procedure.

“FGM is an unnecessary and illegal practice which causes massive physical, mental and emotional harm, usually to very young girls. We very much oppose this practice and we strongly support all measures taken to end this barbaric practice once and for all.”

The motion was agreed in the same week than Enfield Council and its partners started 10 days of action against domestic violence as part of the White Ribbon Day activities starting on November 25.

The initial motion was moved by Cllr Denise Headley and amended by Cllr Christine Hamilton.

This Council notes the recent announcements made by Public Health Minister, Jane Ellison MP of planned measures to combat the threat of Female Genital Mutilation (FGM).

The Council also notes that 25th November was White Ribbon Day and that Enfield Council was the first London Council to be awarded White Ribbon status for our work in tackling violence against women and girls.

FGM is a serious issue this Council will not tolerate.  The statement from the public health Minister reflects the view held by this Council and the work it is already progressing to tackle FGM in Enfield.  This includes the following:

• A recent public event was held for residents and communities by “Forward UK”, a national charity that challenges the practice of FGM. This was a well-attended event with numerous communities contributing to discussions and both men and women challenging the acceptance of this abuse.

• The Enfield Safeguarding Children’s Board has set up a task force which will be exploring FGM from January 2014.  Details of this can be found on their website which is for practitioners, parents and young people.

• There is on-going discussion with health partners in respect of FGM.  These are in relation to the practice, identification and reporting of this issue.

• A number of voluntary services operate in Enfield including Samafal, which provides information, support and advice on FGM and where to access help. This is both if someone is concerned about a future procedure or requires medical attention for any practice to her.

This council agrees to continue to build on the work already underway in order to stamp out this child abuse to ensure that no child in Enfield endures this procedure.

Moreover, to support the campaign against violence to women and girls, this Council calls on the coalition government to introduce statutory provisions to make personal, social and health education include a zero tolerance approach to violence and abuse in relationships.

In addition Enfield Council supports the Mayor of London’s call for hospitals to share more information on the victims of FGM with police and social services.