Say, who is an atheist and critical of Turkey’s Islamic-oriented government, is accused of sending a number of tweets offending Islam. 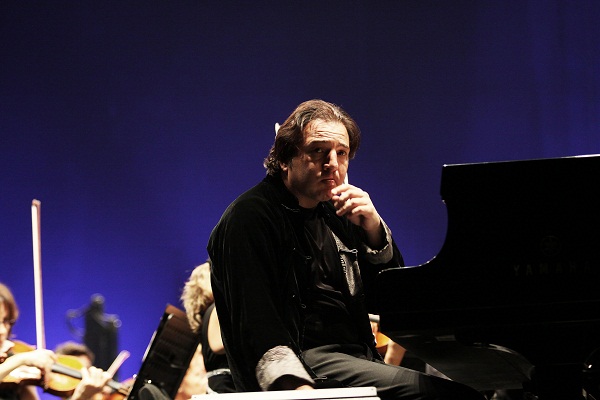 In the wake of the high-profile cases against Nobel prizewinner Orhan Pamuk and novelist Elif Şafak, the turn has now come to concert pianist Fazıl Say, who is accused of violating Article 216 of the Turkish Penal Code. This article stipulates that any person who openly denigrates the religious beliefs of a group shall be punished with imprisonment from six months to one year if the act is conducive to a breach of the public peace.

Furthermore, if this crime is committed through the media, the penalty will be increased by one half.

Say, who is an atheist and critical of Turkey’s Islamic-oriented government, is accused of sending a number of tweets offending Islam. For example, in one he quoted the 11th century Persian poet Omar Khayyam:  “You say rivers of wine flow in heaven. Is heaven a tavern to you? You say two houris await each believer there. Is heaven a brothel to you?”  In another, when the ezan (call to prayer) only lasted 22 seconds, Say asked: “Why the hurry? Have you got a mistress waiting or a raki on the table?”

In his defence, Say explained that his Twitter account was not public and that those who were offended by his Twitter posts could unfollow him. The first hearing was held on 18 October in a courtroom with only limited space for accredited journalists.

The second hearing has been adjourned until 18 February.

The EU Commission has in its 2012 Progress Report stated that the increasing incidence of violations of freedom of expression in Turkeyraise serious concerns, but Turkish EU Minister Egemen Bağış has dismissed the report as a “broken mirror” and claims that the EU is also experiencing mental problems.

Nevertheless, the fact remains that according to an OSCE report in April the number of imprisoned journalists in Turkey has almost doubled in a year, from 57 in 2011 to 95, which is more than in Iran and Chinacombined (69). 20 have since been released.

As the EU Commission also points out, on a number of occasions journalists have been fired after writing articles openly critical of the government and self-censorship in the Turkish media is a common phenomenon.

At the governing AK (Justice and Development) Party’s congress at the end of September seven newspapers and a tv channel were not allowed to cover the event. But the following day President Abdullah Gül in an address to the National Assembly stated that everyone has the freedom to freely express their views. Furthermore, that no one should be imprisoned because of expressing their views through the media.

Since the AKP government came to power in 2002, Turkish society has gradually become more conservative.  As Prime Minister Erdoğan stated in February, “We will raise a religious generation”. The educational system has been shaped accordingly. Courses on the Koran and the life of Prophet Mohammed have been introduced as electives in secondary schools and the Higher Education Board is considering the removal of a course in Atatürk’s principles and the history of the revolution, which is mandatory for Turkish university students.

Last November the Board also decided to abolish the coefficient system to make it possible for graduates from imam-hatip (religious) high schools to enter university on equal terms with graduates from other high schools. According to a regulation being prepared by the Ministry of Defence imam-hatip graduates will be able to attend military academies.

There has also been a significant increase in the budget of the Religious Affairs Directorate (Diyanet), which will be increased from 3.89 billion to 4.6 billion Turkish lira (about €2 billion). This will exceed the allocations for the Interior, Foreign, Health, Science, Industry and Technology, Environment and Urban Planning, Culture and Tourism, Energy and Natural Sources, Development and European Union ministries combined.

This is perhaps not remarkable for a country that has one mosque for every 350 people and one hospital for every 60,000. As a Turkish friend commented: “When they come around collecting, it is always for a new mosque. Never a new school.”

In a move in what former European Court of Human Rights judge Ali Rıza Türmen has called “social engineering, a radical transformation of society”, a new law requires that there should be prayer rooms (mescit) in all shopping malls, cinemas, theatres, opera houses and other public places.

The AKP government has effectively stifled domestic opposition, making strategic use of the prospect of EU membership to curb the powers of the Kemalist and secularist establishment. One consequence, as opposition leader Kemal Kılıçdaroğlu wrote in The Washington Post in February, is that Silivri prison near Istanbul is “a concentration camp”, where hundreds of journalists, publishers, military officers, academics and politicians are being held, many of whom have been detained for years without trial.

Robert Ellis is a regular commentator on Turkish affairs in the Danish and international press.

Published on The New Europe: "The Turkish pianist" By Robert Ellis