The forgotten political prisoners of Turkey and recent developments

EU has been heaping praise on Turkey for ‘democratisation,’ while turning a blind eye on the mass arrests of journalists, former military commanders, and other critics of the regime, mostly on trumped up charges. 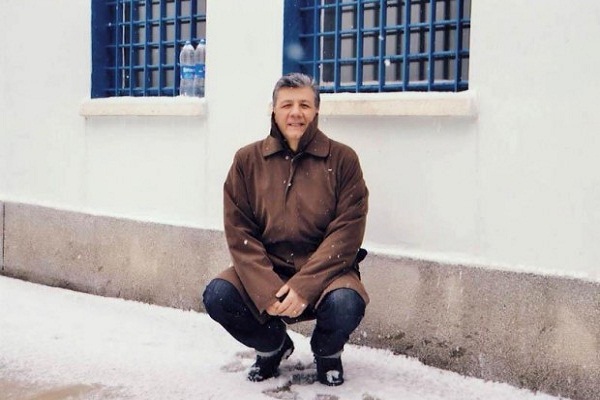 At least seventy journalists in Turkey are incarcerated as prisoners of conscience. Two prominent investigative journalists, Nedim Şener and Ahmet Şık, are facing long prison terms for working on a book that has never even been published. A retired army general, Engin Alan, now an elected MP, is being denied his seat in Parliament while he awaits trial ‘for failing to show respect to the Prime Minister.’ The renowned surgeon/transplant specialist, Prof. Mehmet Haberal, also an MP, is facing charges ‘for trying to mobilise an opposition to the ruling AKP (Justice and Development Party).’ Another journalist, Mustafa Balbay, has been in jail for more than three years ‘for being in contact with organisers of the opposition and attending legal meetings to report their views.’ And 45 high-ranking officers from all branches of the military (approximately 1 in 7 of all general officers) are being tried for an alleged plot to topple the present pro- Islamist AKP government in 2003.

The general procedure in most of these cases has been to arrest the accused and then gather evidence, often from dubious sources and by questionable means. Most evidence is merely circumstantial, frequently based on telephone conversations having to do with the private lives of the accused. There have even been suspicions that digitally manufactured evidence has been planted on the electronic devices of the accused.

The trials are conducted in special courts whose judges and prosecutors are carefully assigned by the government. Uncooperative judges and prosecutors are often dismissed or forced into retirement. It is manifestly clear, the message to the judicial branch of government is, ‘If you are not with us, you are against us.’ In November 2008 the Constitutional Court found the AKP in violation of the provisions of the Constitution, which define the Turkish State as secular (Turkish Constitution, Rule 2). But since coming to power in 2002 the AKP government has continued to systematically subvert the Judiciary and the Parliament in order to establish one-party rule. They have locked up prominent opposition figures and now control the judiciary, the press, academia, the police, the presidency and the legislative branch.

Baris Terkoglu, a journalist from OdaTV newspaper who spent 19 months in prison stated at the National Press Club in Washington, DC that "There are two big threats to democracy, rule of law and therefore to press freedom in the country. The first is Prime Minister Erdogan‟s repressive policies. The second is the followers of Fethullah Gulen, a religious leader who currently resides in the United States, who are illegally organizing in the Turkish police force and the judicial system."

Turkey's Ergenokon trial reached its 281th hearing yesterday, with prosecutors summing up their case to seek life sentences for 64 defendants including retired generals and an ex-military chief.

Mehmet Ali Pekgüzel, one of the prosecutors investigating the 2007 military plot allegations to overthrow Prime Minister Tayyip Erdogan's government, said they summed up their case - a 2,271 page long document that claimed the existence of"Ergenekon terrorist group", an alleged underground network of secular arch-nationalists.

Prosectors charged life sentence for 64 suspects for plotting to overthrow AKP government in 2007. The defendants include academics, politicians and journalists, as well as former army officers.

Prosecutors also demanded the case of 5 fugitive suspects - including ex-mayorBedrettin Dalan ve deputy Turan Çömez - to be held seperately. They also dropped charges for journalist İlhan Selçuk, who died in 2010.

The court denied prosecutors' arrest warrant for 20 suspects and rescheduled the trial to April 8. (AS/BM)

And despite these gross violations of human rights, Turkey is given the full support of the European Parliament and its officials in charge of monitoring the accession process. This is an unmitigated travesty!

The United States is also ignoring lawlessness in Turkey as Turkey becomes a land of repression.

The Atatürk Societies of UK and USA

ATATURK SOCIETIES OF UK AND USA PRESS RELEASE ; 'THE FORGOTTEN POLITICAL PRISONERS OF TURKEY' 14 APRIL 2013
NEW PETITION;
PLEASE SUPPORT FREEDOM OF EXPRESSION AND MEDIA IN TURKEY
Posted on March 29, 2013 by sendeeliniver
FREE VOICES IMPRISONED WITHOUT EVIDENCE IN THE SILIVRI TRIALS!
CLICK FOR SIGN PETITION ! ! ! !
http://chn.ge/14JT4uI
TAKE A STAND FOR FREE SPEECH IN TURKEY –
WRITER AND A MUSICIAN FAZIL SAY http://eepurl.com/vpDnL
PROF FATIH HILMIOGLU http://chn.ge/XA9uBB
A J0URNALIST AND A WRITER MUSTAFA BALBAY http://chn.ge/XJM3kJ
HUMAN RIGHTS WATCH |  See more at: http://www.freetr.org/#sthash.yeyr1PdK.dpuf
Your comment has been forwarded to the administrator for approval.×
Warning! Will constitute a criminal offense, illegal, threatening, offensive, insulting and swearing, derogatory, defamatory, vulgar, pornographic, indecent, personality rights, damaging or similar nature in the nature of all kinds of financial content, legal, criminal and administrative responsibility for the content of the sender member / members are belong.
Related News