Is Turkey's secular system in danger 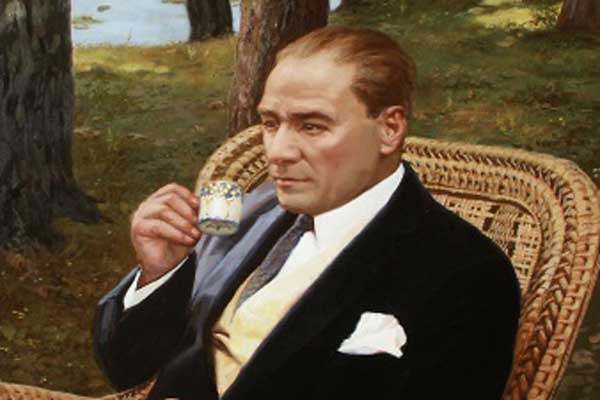 Those who founded the Republic in 1923 might well be turning in their graves: their vision of Turkey as a strictly secularist and nationalist state - not just a separation of state and religion, but also the removal of religion from all aspects of public life - is being questioned.

In the lead-up to the 89th anniversary of the Turkish Republic on 29 October, political values have never been more openly debated, thanks to a public consultation process, initiated by Turkey's parliament, for a new constitution.

Generally, society has welcomed the initiative, viewing it as a new political framework, to replace the one that was put in place after the 1980 military coup.

But the process has opened old wounds, with heated debate on the role of religion in politics and the increasingly conservative nature of public life.

Secularism is hard to define in Turkey, according to Fadi Hakura of London-based think tank Chatham House. Turkey is constitutionally a secular state, but secularism seems to have taken a unique shape, because of "historical and geographical circumstances in the country".

For example, while there are clear examples of the symbolic application of secularism in daily life, such as the ban on headscarves in public institutions, there are other aspects of the Turkish state that do not sit with secularism.

Some critics have pointed to the Directorate of Religious Affairs, and question its existence in a supposedly secular state. The directorate is staffed by public officials and funded from state coffers; but it only offers services to Sunni Muslims - the majority of Turks.

Minorities such as Christians and Jews, non-Orthodox Alevi Muslims and non-believers do not receive any services from the directorate.

The public consultation process kicked off discussions on whether Turkey's current form of secularism should be reformed or redefined. This debate is highly significant since it will decide the level at which religion will be able to influence public and political life in the country.

On this matter, many non-governmental organisations have been vocal.

The Turkish Industry and Business Association (Tusiad), a leading NGO, has suggested "secularism in Turkey is different from its version in the West because the state has not distanced itself equally from all religions, beliefs and non-belief.

"The current status of the Directorate of Religious Affairs is against both secularism and the freedom of religion and conscience."

Prime Minister Recep Tayyip Erdogan has never shied away from controversy. He and his Islamist-rooted Justice and Development Party (AKP), in power for a decade, have tried to reinterpret secularism.

For example, Mr Erdogan and his party refused to continue the strict ban on religion from all public domains and its limitation to private life.

Moreover, the prime minister has said again and again that "only states can be secular, not individuals".

And earlier this year, Mr Erdogan caused a stir when he said he would like to see a "pious generation". Furthermore, parliament approved a law which allows religious schools, known as imam hatips, to take on students as young as 11.

The prime minister promoted this new interpretation during his first visit to Egypt in September 2011. He described himself as a Muslim prime minister of a secular state. This new approach was branded by Turkish columnists as a revision of "laicism", a Turkish term for separation of state from religion.

Such moves have sparked criticism of Mr Erdogan. He has been accused of having an Islamist agenda and promoting religious conservatism by stealth.

The future shape of secularism in Turkey depends on changes that may yet be introduced to the political system.

It is widely believed that the prime minister favours a presidential system with boosted constitutional powers.

It is thought he may seek an amendment to the constitution and introduce a presidential system. His opponents fear that the change from the current parliamentary system would grant too much power to a man they already accuse of authoritarianism.

Erdogan Toprak, deputy chairman of the opposition Republican People's Party, has said the prime minister "would like to bring the sultan back" - a reference to the old days of the Ottoman Empire before Turkey become a republic.

"The AKP aims to take society back and turn it into an ummah [Islamic community]. It wants to reverse the concept of the individual, created by the republic, and turn citizens into subjects," he says.

But Mr Erdogan believes the country's Islamic beliefs should not be hidden. In an address last month, he said Turkey's balance of democratic values and religious beliefs should be an inspiration to others.

"In a country where the majority is Muslim, we let democracy rule in its most advanced form and became an example for all Muslim countries," he said.

Published on: BBC Monitoring reports and analyses news from TV, radio, web and print media around the world.