Gezi Park indictment seeks up to 58 years for 36 suspects 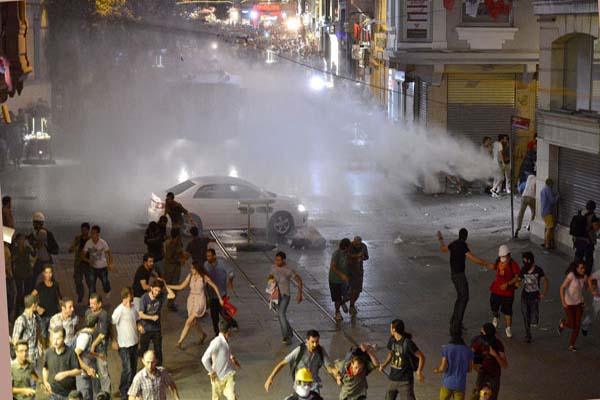 According to an indictment accepted by the Istanbul 22nd High Criminal Court on Friday, prison sentences of up to 58 years and five months are sought for 36 protesters accused of being members of a terrorist organization, carrying illegal objects and spreading "terrorist propaganda". The 95-page indictment is seeking from three to 58 years, five months of prison time for 36 Gezi Park protesters, four of whom are in prison pending trial. Nine police officers and a general manager of a hotel in Istanbul's Taksim are among the co-plaintiffs in the indictment.