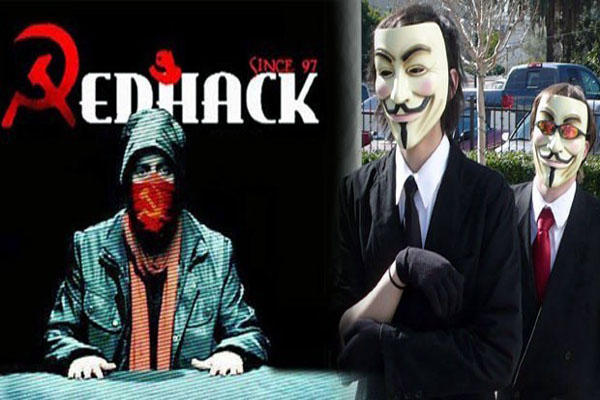 A total of 14 suspects -- who were detained in an operation against the socialist hacker group RedHack (Kızıl Hackerlar) and the international hacking group Anonymous -- were referred to the Ankara Courthouse on Monday.

In an operation against the RedHack -- which is labeled a criminal organization by Turkey -- on Friday, the Ankara Police Department's Cyber Crime Units raided several locations in Ankara, Mersin, Bursa, Kahramanmaraş, Muğla, Diyarbakır, Ordu and Denizli provinces and detained 14 people over hacking into individuals' and government institution's computers and disclosing secret or personal information.

The detained are also accused of carrying out cyber attacks on websites of the Interior Ministry, Foreign Ministry and the Higher Education Board