Valentine's Day traditions around the world

Valentine’s Day is, for many people, the most romantic day of the year, a time at which couples all over the world celebrate the wonder of love 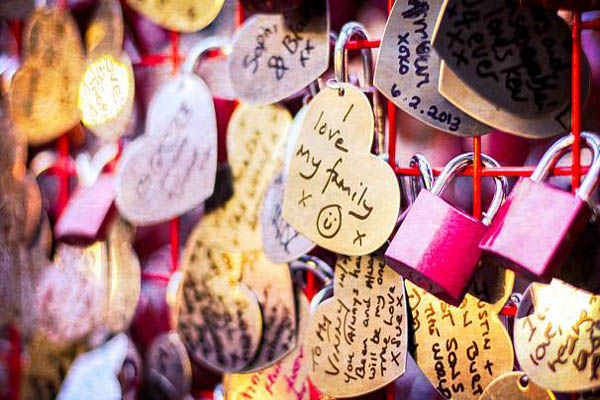 Originally, Italians celebrated Valentine’s Day as the Spring Festival. The young and amorous gathered outside in gardens and tree arbors to enjoy poetry readings and music before taking a stroll with their beloved.

Today on Valentine’s Day Italians prefer having romantic dinners and exchanging gifts. Also, there is a tradition of giving chocolate to loved ones and Italians believe that in this case, size does matter- the bigger the chocolate, the stronger the love you will have.

The French like to think of themselves as the most romantic people in the world, and it’s often claimed on Gallic shores that the first Valentine’s Day card originated in France when Charles, Duke of Orleans, sent love letters to his life while imprisoned in the Tower of London in 1415.

Today card giving is not as popular as it used to be. Instead, the French have taken to their love for their own cuisine; restaurants famously do a roaring trade on February 14, a day also considered the best time for a marriage proposal.

Valentine’s cards are often sent anonymously in the UK, a tradition dating back to Victorian times. So the recipients find out they have secret admirers while the senders satisfy themselves with the knowledge that the ones they admire know they’re admired. Various parts of the country have their own ways of celebrating: in Norfolk in the west, a mysterious Jack Valentine knocks on people’s doors and vanishes, leaving sweets for children. In Wales in the east, Valentine’s Day comes just a few weeks after St Dwynwen’s (January 25) after the Welsh patron saint of lovers.

Perhaps the only country in the world where Valentine’s day is banned. In 2008 Saudi officials told florists and gift shops to remove all red items until after Valentine’s Day, calling the celebration of such a holiday a sin as it “encourages immoral relations between unmarried men and women”.

Valentine’s Day celebrations in Estonia have their own twist: February 14 is called “Friend’s Day”, so single, lovelorn people don’t feel left out. That means everyone’s a winner thanks to nice presents offered between friends and family members.

That doesn’t mean there’s no romance; shops, restaurants and even streets are decorated with hearts and other symbols of love. On this day single people also get the chance to take a ride on a special “love bus” where they can meet others looking for love.