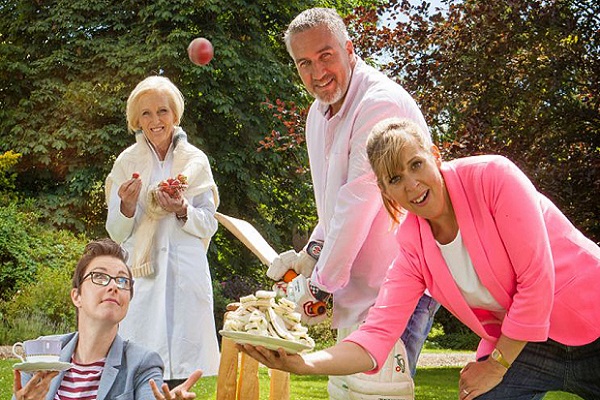 Forget hip young foodies and geeky gastro-boffins. Great British Bake-Off (BBC One) went back to its WI roots as a home-baking grandmother became its fifth champion.

No-nonsense Nancy Birtwhistle from North Lincolnshire has been arguing amusingly with Paul Hollywood all series but didn’t need to give him any lip during this final. The notoriously picky judge was full of praise for her cool head and consistent excellence. Having been the outsider with bookies, “Fancy Nancy”, 60, out-baked her two male rivals to triumph in a tense hour of gently mesmerising television.

This has been a show-stopping year for the cake-making contest. Having become BBC Two’s most-watched show, it earned a promotion to BBC One and continued its inexorable rise, ratings regularly topping 10m. With its primetime slot came a higher profile: copious column inches were devoted to the “Bingate” scandal (when beardy baker Iain Watters threw away his melted Baked Alaska and huffed out of the marquee), rival contestant Diana Beard’s involvement in Bingate, her subsequent withdrawal through illness, Mary Berry’s fashion-forward jackets and the show’s fondness for innuendo.