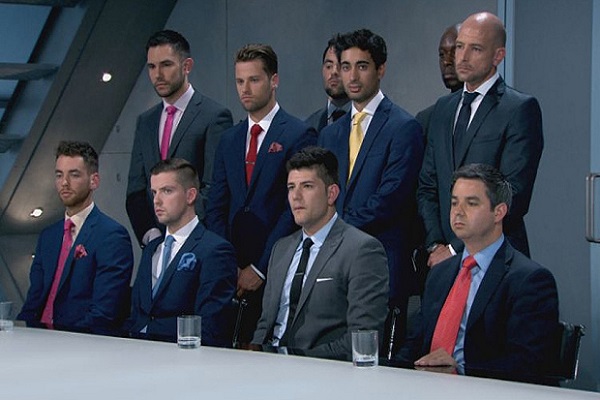 "There’s no “i” in team. But there are five in individual brilliance.” Yes, and there are also four in idiotic clichés. “I’m a cross between Gandhi and the Wolf of Wall Street.” So a convicted fraudster wearing a toga, then? “This isn’t just a potato – it’s an experience.” Oh do shut up before I mash you both.

It could only be The Apprentice (BBC One), back for its 10th series to fill the Bake Off-shaped holes in our lives. The besuited business contest usually airs each spring but this year, it’s been shunted back six months. Had boss Lord Sugar spent his sabbatical softening his rough edges at Charm School? Fat chance. The belligerent Baron of Clapton was soon ranting about “yuppie, arty-farty b------s” and snarling, “Never mind the Wolf of Wall Street, you’re more like the Poodle of Petticoat Lane.”

There was a twist right from the start. This time, Sugar will be hiring and firing from a field of 20 hopefuls, rather than the usual 16. The vast cast meant it was difficult distinguishing between them, especially since most looked identical (grey suits and hair gel for the boys, leonine manes and power-dresses for the girls) and spouted the same self-aggrandising corporate-speak. On the plus side, it raises the possibility of double and triple firings, which should be sadistic fun.