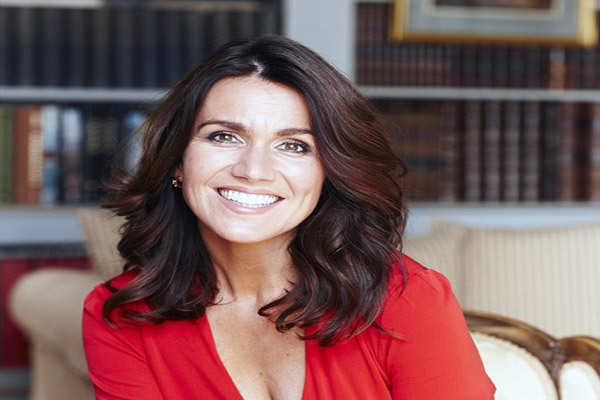 The newsreader will replace Aled Jones and Lorraine Kelly as the face of the revamped ITV breakfast show, which is being renamed from its current moniker 'Daybreak', according to The Sun newspaper. The new name harks back to the show's 80s heyday and TV bosses are hopeful the long-running programme will be revitalised and ratings boosted by its fourth dramatic overhaul to date. Susanna, who currently helms BBC1 rival 'Breakfast', will anchor 'Good Morning Britain' from  Mondays to Thursdays with the help of two new male presenters and one woman, while Lorraine returns to her flagship show and Aled has landed a new weekend magazine slot. A source told the paper: 'The 'Daybreak' saga is the most pressing issue on ITV's agenda. By ditching the 'Daybreak' name bosses are admitting it has no hope of being rescued. Instead, they are putting all their energies into a revamped 'Good Morning Britain' brand.

Good Morning Britain was first launched in 1983 as a mix of current affairs, weather, cartoons, music and famous guests.

In fact, former presenter Mike Morris once claimed that the show had 30,000 guests during its run.

This comes as it was revealed Strictly Come Dancing star Susanna has split from her husband Dominic Cotton after the father-of-three posted an ad on a dating website and listing himself as "currently separated".

In his profile on Match.com, the 46-year-old former BBC sports journalist says: ‘Underneath my blokeish exterior I am a sensitive soul. I enjoy sharing things and am someone who doesn’t shy away from commitment. Life is for living with someone special.’

Cotton, who has known Reid for 15 years, says on the website he is ‘currently separated’, looking for a woman aged 35 to 45.

After listing his interests, which include ‘spending time with my kids’, he sees himself as ‘trendy’ and of ‘attractive appearance’ — and reveals his ‘best feature’ is his ‘bum’.