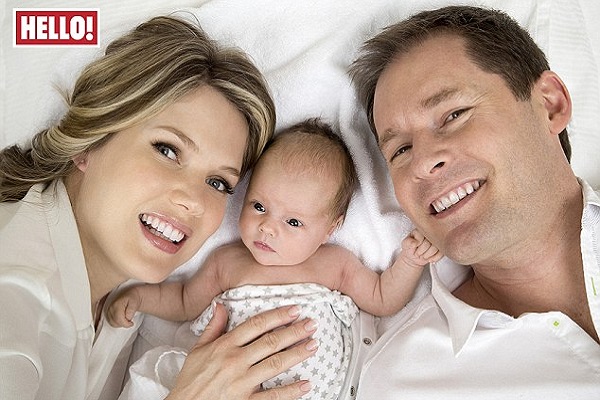 She has just welcomed her little girl into the world, and is clearly loving motherhood.

And Charlotte Hawkins has now opened up about her first days of being a mother, describing the 'moving' moment she first set eyes on her baby daughter Ella Rose.

The Good Morning Britain presenter, 39, said the arrival of her daughter had helped the family overcome the recent death of her father, Frank, who suffered from Motor Neurone Disease.

She told Hello! magazine: 'It would have been lovely if he'd been able to see Ella Rose, but the main thing was being able to tell him that we were having a baby because we'd been trying for such a long time. He was so thrilled - he had a tear in his eye.
'And he is still here as far as I'm concerned.
Mail Online
Your comment has been forwarded to the administrator for approval.×
Warning! Will constitute a criminal offense, illegal, threatening, offensive, insulting and swearing, derogatory, defamatory, vulgar, pornographic, indecent, personality rights, damaging or similar nature in the nature of all kinds of financial content, legal, criminal and administrative responsibility for the content of the sender member / members are belong.
Related News