Red, white balloons for THY workers 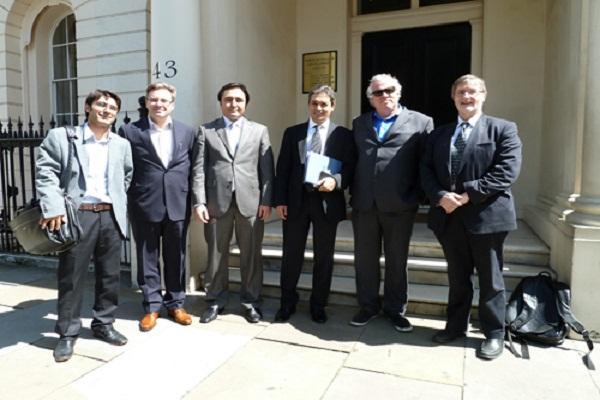 The International Transport Workers’ Federation (ITF) is stepping up its campaign for the reinstatement of 305 sacked Turkish Airline workers, as Turkish Prime Minister Recep Tayyip Erdogan arrives in the UK for the 2012 Olympic Games,

Red and white balloons outside the Turkish embassy

On Friday morning, senior ITF representatives, Unite officials and members of London’s Turkish community will display 305 red and white balloons outside the Turkish embassy to demonstrate their support for the sacked workers.

The previous evening, Rhys McCarthy, Unite Regional Coordinating Officer, and workers at Heathrow Airport will greet Stephen Cotton, ITF Maritime Co-ordinator, as he arrives from supporting the Hava-Is trade union picket line at Istanbul Airport. Stephen Cotton will hand over a ‘gold Olympic medal’ made by Hava-Is which Rhys McCarthy will present to the Turkish embassy for PM Erdogan on Friday morning. It will urge the PM to ‘make Turkey proud, honour your workers on the world stage’.

Stephen Cotton’s flight into Heathrow on Thursday 26 July is TK198 which arrives at 21:15.

The protest is part of  ITF’s global campaign for the reinstatement of the 305 Turkish Airlines (THY) workers sacked when they protested against the amendment to national legislation rushed through in May 2012 which meant that aviation workers in Turkey could no longer take strike action. This came on top of Turkey’s already repressive anti-union laws.The campaign has mobilised international support for the workers and their trade union, Hava-Is. More information is available on the campaign website www.reinstate305.org

These sackings are just the latest in a spate of attacks against trade unions and their members in Turkey. The global union movement campaigns vigorously on each occurrence; most recently, seeking the release of 71 labour activists and leaders who were arrested on 25 June 2012 across 20 cities, a number of whom remain in jail.