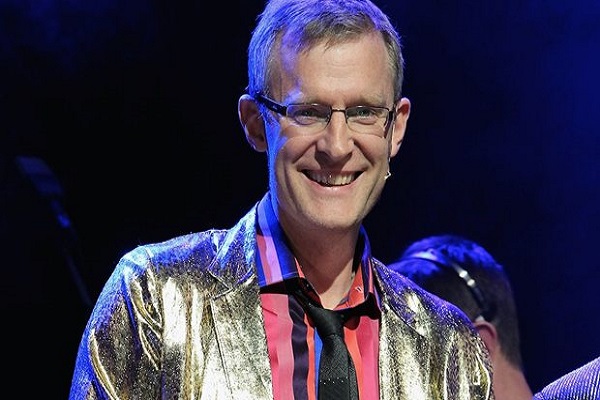 The 50-year-old Radio 2 presenter Jeremy Vine is the very first famous face to be confirmed. Vine appeared on Chris Evans' breakfast show, saying that he signed on the dotted line so he wouldn't have to start 'dad dancing.' "They asked and I just thought I've turned 50 this year. I've got to start dancing properly," he said, adding that he wanted  to "be doing the splits by September.” Former Ready, Steady, Cook presenter Ainsley Harriott become the second celebrity to be confirmed for this year's Strictly Come Dancing live on The One Show. The 58-year-old said: "I must admit that I do love to dance, but doing it in front of the nation is a whole different matter! In my day job the only type of Salsa I know about is the one in my recipes so I am looking forward to rising to the challenge, bring it on!” (http://www.radiotimes.com)