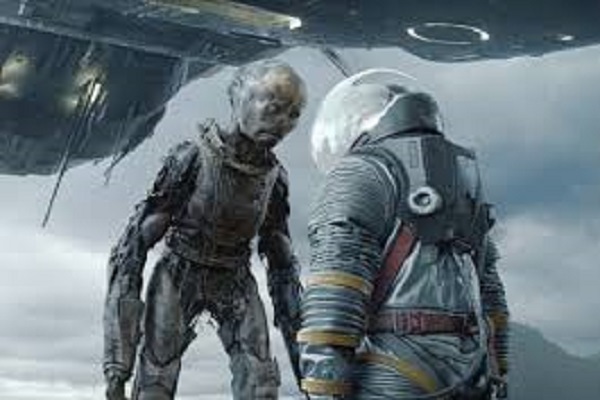 Say whatever you like about Prometheus ok. It's plot made no sense, its dialogue was clunky and characters occasionally acted like idiots, it was an undeniable box office smash and as they are fond of saying in Hollywood, the last sequel in a franchise is the one that fails to make money. Prometheus made money. A lot of money. So, once 20th Century Fox was finished tallying up the box office receipts for Ridley Scott's discombobulating reimagining of the Alien franchise, a sequel to Prometheus was to be expected.

What we didn't expect was that, after reportedly enduring rewrite hell, its working title would be Prometheus 2, Hell On Earth, and that Ridley Scott would be moving away from the very xenomorphs whose universe he riffed on in the original Prometheus. According to a report on news portal Master Herald, Scott's new film now has a title that hints that the action will be set on Earth and that the director has no plans to bring back the Aliens, owing the fact that a new film directed by Neill Blomkamp is in the works and Scott wants to avoid treading on anyone's toes.

The report goes on to say that while the xenomorphs may be AWOL for the sequel, Prometheus 2 will feature two brand new and terrifying monsters and the role of the Engineers the silent, pale uber mensch with a fondness for pulling off android heads  will have a vastly expanded role. Plot details at this stage are rather murky, but we're hoping that should it see the light of day, Prometheus 2 boasts a story that matches the ambitions of Scott's sumptuous visual style in the first movie. The opening of that film is still eye-wateringly beautiful. And it still doesn't explain why a cup of coffee disintegrates an Engineer in Iceland