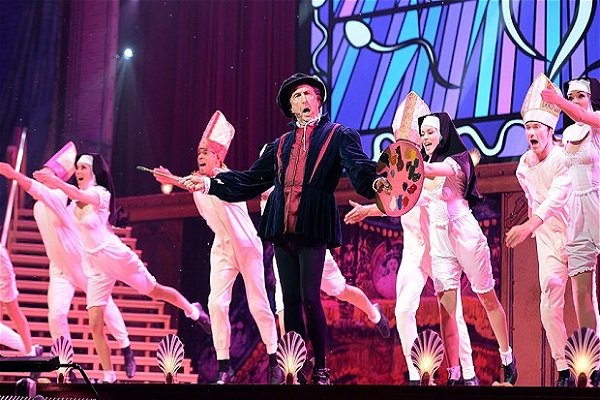 “A bunch of wrinkly old men trying to relive their youth and make a load of money.” That was the irony-laden joke Mick Jagger cracked at the Pythons’ expense earlier this week to mark – and mock – the start of their eagerly awaited reunion gigs at the most daunting venue in town, 45 years after they first hit our TV screens and 40 years after they last performed in the capital in Drury Lane.

Given that Jagger’s jibes came with the blessing of Mssrs Cleese, Idle, Gilliam, Jones and Palin, it’s obvious they’ve been readying for flak. Sure enough the first night afforded some ammunition for anyone wishing to pronounce them past it. Age hasn’t withered Terry Gilliam’s sinister animations but with cameras relaying the famous five’s every move on screens either side of a lavish music-hall stage, there was no disguising the poignant truth that sic transit gloria Monty: John Cleese was hoarse, Terry Jones relied on cue-cards and at times they looked lost amid the spectacular.