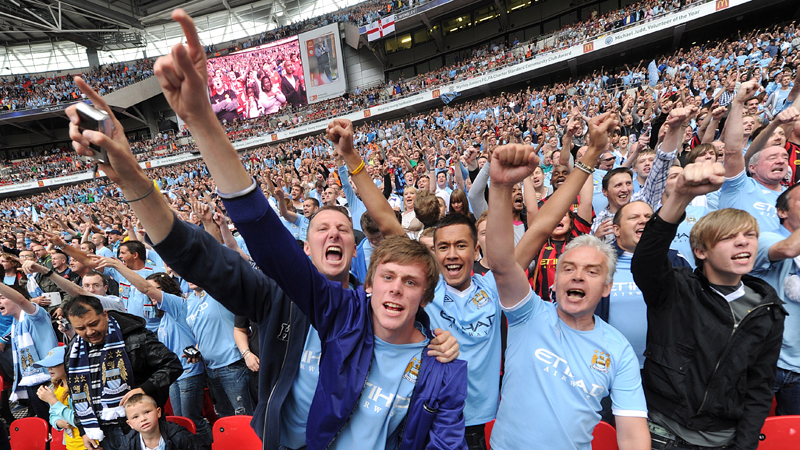 Manchester City fans have complained about a BT Sport advert which shows Christmas carol singers reciting an expletive-laden song about the club. The song, sung by Manchester United fans, is part of a promotional video which appeared on the broadcaster's YouTube channel.

It features carol singers gathering outside a man's house, apparently to sing traditional festive songs. Instead, they sing football equivalents of the Christmas favourites, including a version of 'Jingle Bells' which celebrates the pleasure of seeing Chelsea win away. At one point, the carol singers chant 'Let's all do the Poznan', a reference to Manchester City's trademark celebration.

But that has not prevented City's supporters from taking offence at the inclusion of the song sung about them by United fans, which features the words 'b-------', 'f---', and c---', all bleeped out. On the club's MCFC forum, an internet messageboard for supporters, one fan says he plans to boycott BT Sport in protest, another calls it a disgrace, and an another accused BT Sport of "glorifying" United's dislike of City.Some later posters said they were not offended and that the 'Poznan' section gave balance to the advert.