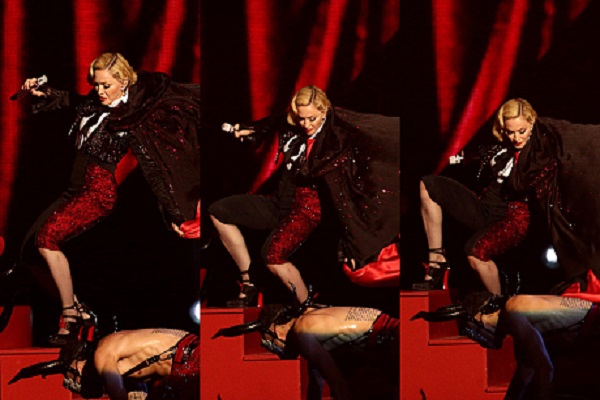 Madonna fell from the podium during her performance at the Brit Awards after one of her backing dancers appeared to accidentally pull her down a flight of stairs.

The singer was standing at the top of the stairs wearing a matador-style cloak with a flowing train that billowed down to the stage, singing the first words of Living for Love.

She appeared to be struggling to take off the cloak, and when a dancer at the bottom tried to whip it away he took Madonna with it.

Gasps were heard in the O2 auditorium, where the starry crowd included Kanye West, Kim Kardashian and Russell Crowe. Some in the audience believed it was part of the act until they realised Madonna had dropped the microphone and was no longer singing.