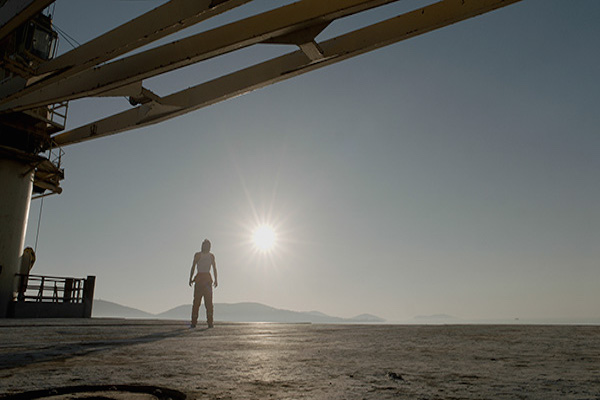 Turkish film IVY premieres at EEFF, London's East End Film Festival. A group of disgruntled sailors go off the deep end in the extraordinary second feature from director Tolga Karaçelik (Tollbooth). Set on board a hulking cargo ship moored off the coast of Egypt, Ivy follows a skeleton crew of seabound misfits, including a narky Cypriot captain, his religiously devout number two, two dishevelled dossers, and the cliff-like, monosyllabic ‘Kurd’. Forced to stay onboard after their paymasters go bust, it isn’t long before power structures are dissolving, leading to tension, factionalism, threats of violence, and strange apparitions. Shot by Nuri Bilge Ceylan’s DOP Gökhan Tiryaki, this is a brilliantly atmospheric parable of cabin fever.

Followed by Q&A. Tickets available from the Rio Cinema website

Affirming its role as a home for breakthrough British filmmaking, the festival opens with the gala European Premiere of ONE CRAZY THING (dir: Amit Gupta, UK). Starring and produced by one of BAFTA’s 2014 Breakthrough Brits and EEFF alumnus Ray Panthaki (his directorial debut, Life Sentence won Best UK Short EEFF 2013), this wry take on the superficiality of fame also stars Daisy Bevan of the Redgrave acting dynasty. “We’re delighted at the news of One Crazy Thing opening such a progressive festival that reflects the true indie spirit in which the film was made,” says Ray Panthaki. “I’ve personally had a wonderful affiliation with EEFF over the years. Having won Best UK Short there two years ago as a writer/director, it feels incredibly fitting to be returning as an actor/producer with One Crazy Thing.”  CLOSING NIGHT GALA Another EEFF alumnus, British documentary filmmaker Marc Silver’s follow-up to Who is Dayani Cristal? (EEFF 2014) is another topical and deeply pertinent American tale. 3½ MINUTES, TEN BULLETS (dir: Marc Silver, USA) dissects the aftermath of a tragic incident at a gas station in Jacksonville, Florida, in which an unarmed 17-year old African-American was slain over the trivial issue of loud music. EEFF’s Closing Night Gala is one of a fistful of festival documentaries probing the issue of race in America.