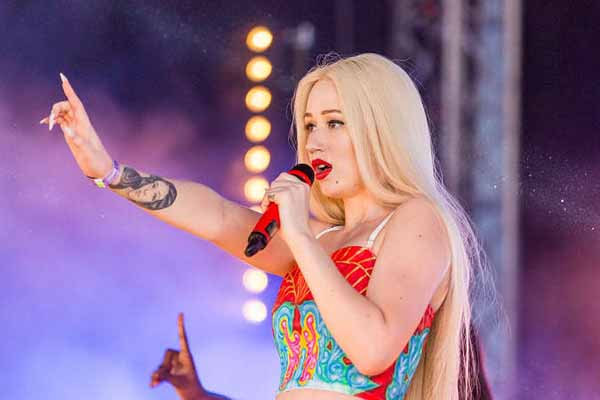 The rapper will be hoping a bad dress rehearsal means a good show tonightThe Fancy star’s fall came during the charity concert for Lifebeat - Music Fights HIV/AIDS at the Avalon in Los Angeles. The Australian rapper appeared unfazed by her fall and, after being quickly hoisted up by security, ran back on stage to join Charli XCX for the rest of their set. Afterwards, Azalea told the crowd she felt “very blessed” that she did not break her legs. She appeared unharmed and in good spirits, even posting a video of the fall on Instagram. Azalea wrote in the caption: “I know I laughed.” Stars announced to perform at tonight's ceremony include Maroon 5, Usher, 5 Seconds of Summer and Ariana Grande. Azalea will also be performing her new single Black Widow alongside Rita Ora at the awards, where she has been nominated in seven categories.